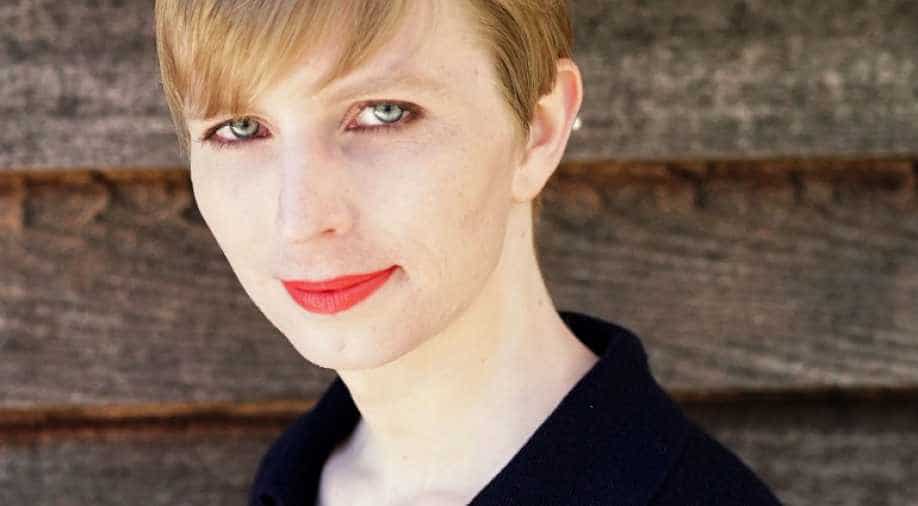 The revelations by Manning, then known as Bradley Manning, exposed covered-up misdeeds and possible crimes by US troops and allies. Photograph:( AFP )

Transgender whistleblower Chelsea Manning, jailed for leaking classified information, is seeking election in the US state of Maryland, a document seen on Saturday says.

Manning, now 30, was an army intelligence analyst sentenced to 35 years in prison in 2013 for leaking more than 700,000 classified documents related to the wars in Iraq and Afghanistan.

The revelations by Manning, then known as Bradley Manning, exposed covered-up misdeeds and possible crimes by US troops and allies.

Her actions made Manning a hero to anti-war and anti-secrecy activists but US establishment figures branded her a traitor.

Then-president Barack Obama commuted Manning's sentence, leading to her release in May.

During her incarceration, Manning battled for, and won, the right to start hormone treatment. On Twitter, she identifies herself as a "trans woman," and carries the slogan: "Make powerful people angry."

The Democratic Senate incumbent is Ben Cardin, who was first elected in 2006 and is the senior Democrat on the Senate Foreign Relations Committee.

US President Donald Trump has labeled Manning a traitor.

He also tried to bar transgender personnel from the military, but federal courts ruled against that ban.