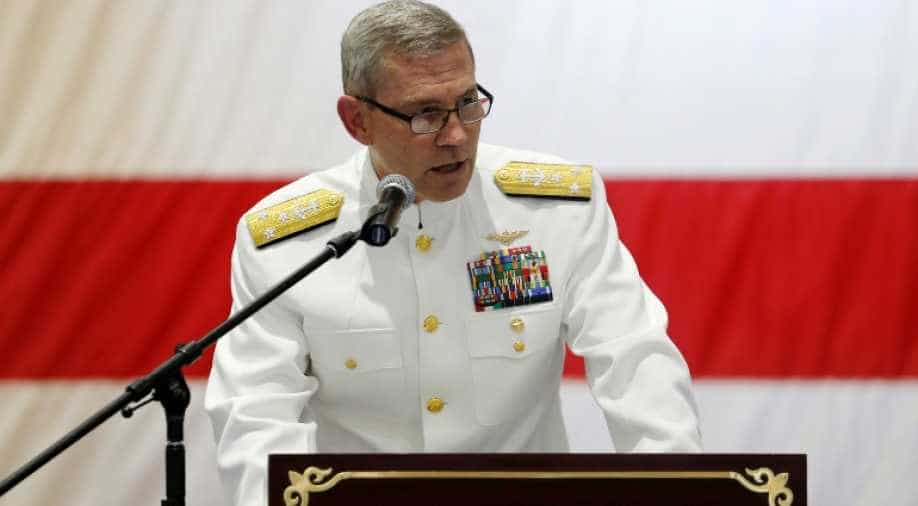 File photo of US Navy Vice Admiral Scott A Stearney. Photograph:(Reuters)
Follow Us

Vice admiral Scott Stearney was found dead at his residence in the Gulf country.

The admiral leading US Navy operations in the Middle East was found dead Saturday in Bahrain, the military branch said, adding that no foul play was suspected in the case.

Vice admiral Scott Stearney, who began his post as commander of US Naval Forces Central Command -- including the US Fifth Fleet -- and Combined Maritime Forces in May, was found dead at his residence in the Gulf country.

"This is devastating news for the Stearney family, for the team at Fifth Fleet and for the entire Navy. Scott Stearney was a decorated naval warrior," Admiral John Richardson, chief of naval operations, said in a statement.

"At this time no foul play is suspected."

He said the Naval Criminal Investigative Service and the Bahraini Interior Ministry were cooperating on the investigation.

The Chicago native entered the US Navy in 1982 after graduating from the University of Notre Dame with a bachelor's degree in economics. He later obtained a master's degree from the National Defense University and.

In the US, Stearney served in various roles, including as instructor and readiness officer at Navy Fighter Weapons School, according to his official biography. He also held various senior posts, including as director of operations at US Central Command.