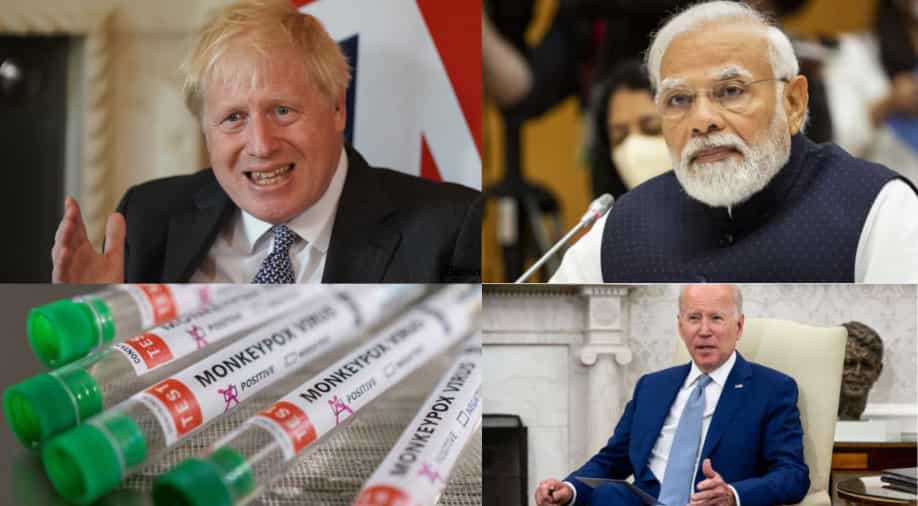 The World Health Organization will be deciding whether the monkeypox outbreak will be considered a public health emergency of international concern in an emergency meeting next week. United States President Joe Biden will be travelling to the Middle East in order to reinvigorate their relations with key partners of the region and he will be meeting Saudi Arabia’s Crown Prince Mohammed bin Salman. The UK government would not be "deterred or abashed" by criticism and legal challenges against its Rwanda immigration plan ahead of the first scheduled flight on Tuesday said British Prime Minister Boris Johnson.

Click on the links to read the full report.

WHO to hold meeting over declaring monkeypox an international health emergency 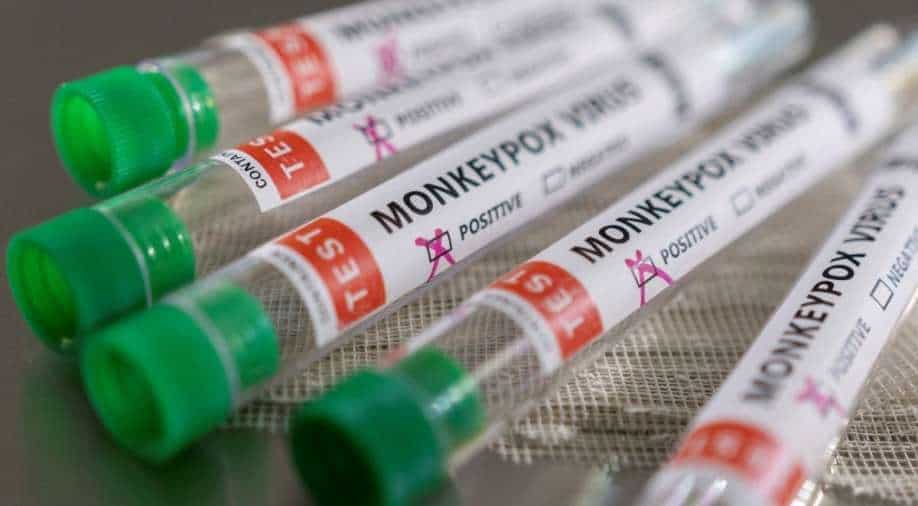 The World Health Organization will be deciding whether the monkeypox outbreak will be considered a public health emergency of international concern in an emergency meeting next week. Till now, there have been 1600 confirmed cases and around 1500 suspected cases of monkeypox around the world this year. In 39 countries, the monkeypox virus has claimed 72 deaths and according to Reuters, the WHO can issue the highest level of warning for the virus. Right now, that level of warning is only prevalent for the polio virus and also the COVID-19 pandemic. "We don't want to wait until the situation is out of control," said emergencies director for Africa, Ibrahima Socé Fall. 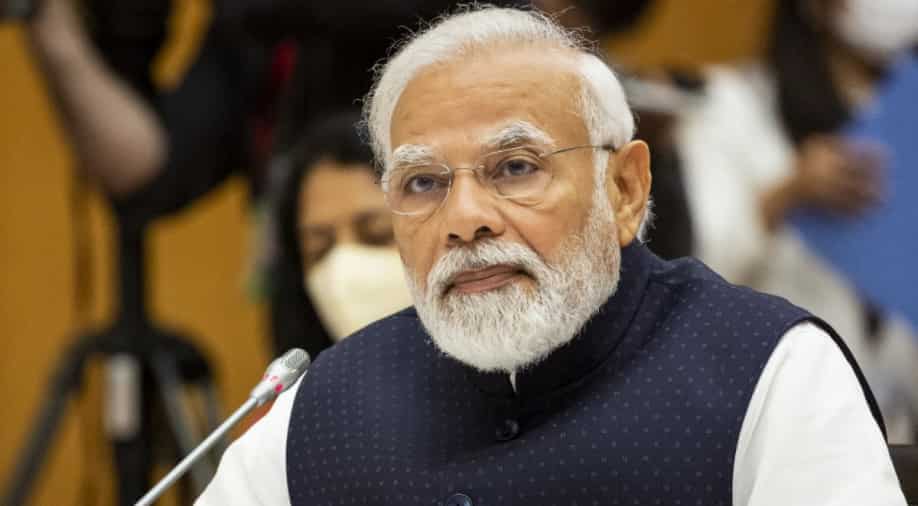 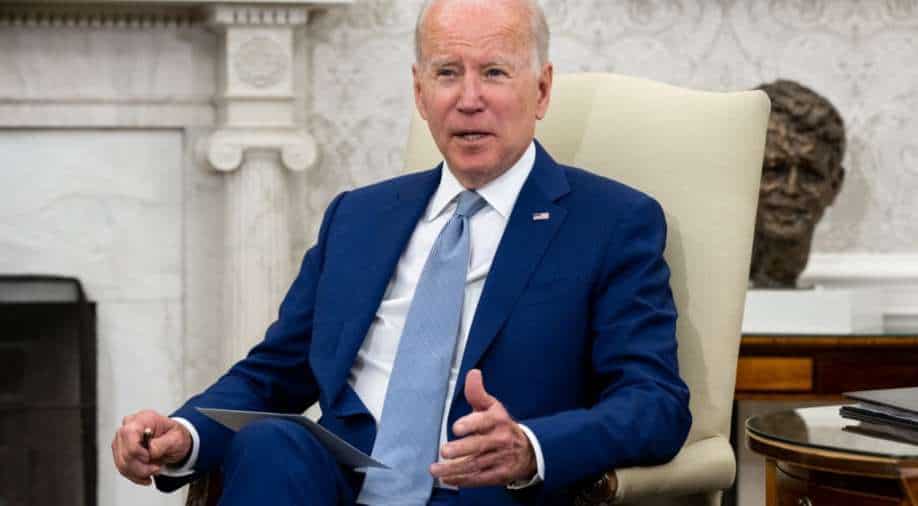 United States President Joe Biden will be travelling to the Middle East in order to reinvigorate their relations with key partners of the region and he will be meeting Saudi Arabia’s Crown Prince Mohammed bin Salman. According to the Wall Street Journal, Biden will also be visiting Israel for the first time since taking office. A major point of discussion will be the ongoing crisis surrounding the Iran Nuclear Deal. However, the report claimed that a number of people in the Democratic Party have spoken out against the proposed visit because of the history of human rights violations against Saudi Arabia. However, according to the travel plan, Biden will be meeting Saudi leaders in Riyadh. 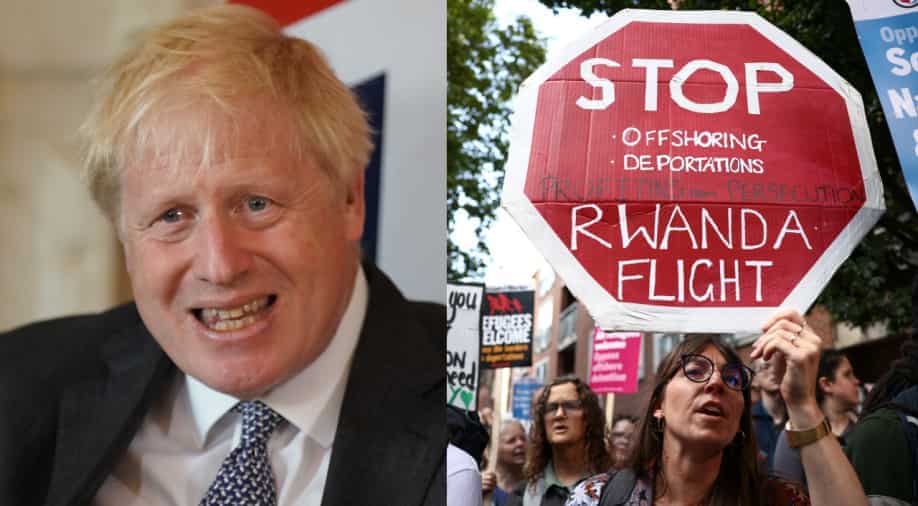 The UK government would not be "deterred or abashed" by criticism and legal challenges against its Rwanda immigration plan ahead of the first scheduled flight on Tuesday said British Prime Minister Boris Johnson. The flight to take asylum seekers to Rwanda was due to depart on Tuesday, with the government warning that anyone who avoided it through last-minute legal challenges would be put on a later flight anyway. 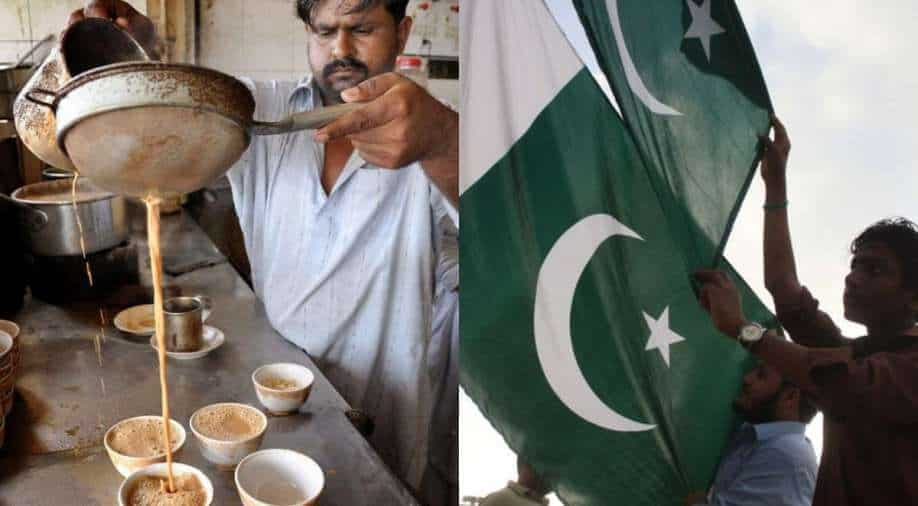 Pakistan is in the midst of an economic catastrophe, and the government has no idea how to salvage the country's economy. On Tuesday, the Pakistani government's desperation and irritation came to the fore when a Federal Minister urged citizens to cut their tea consumption in order to save the country's economy, which is on the verge of collapse. In a news conference, Ahsan Iqbal declared, "I will appeal to the country to reduce one cup of tea," in an attempt to save the economy. 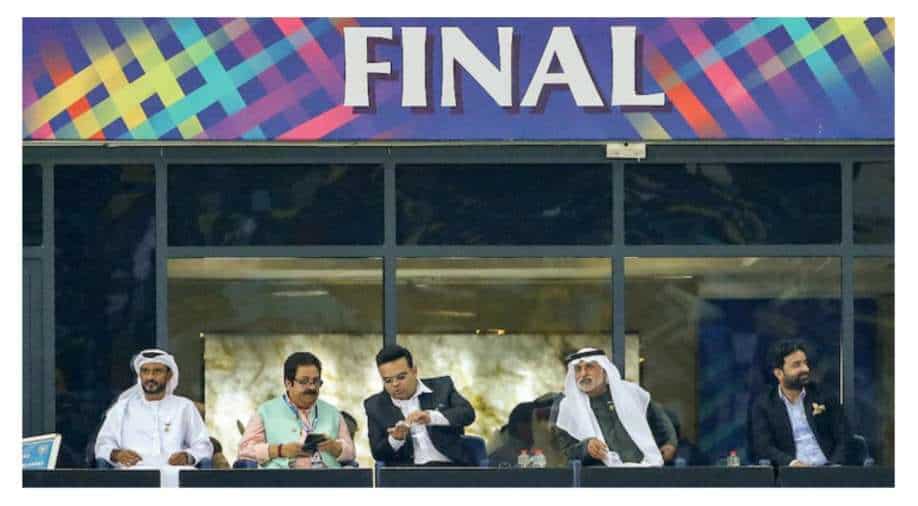 After two days of drama and action, the IPL media rights auction has finally come to a fitting end with a huge inflow of money for the BCCI. The television rights for the Indian subcontinent have been secured by Disney Star for a whopping INR 23,575 crore (INR 235.75 billion) whereas the digital rights -- for the same region -- have gone to Viacom18 for INR 20,500 crore (INR 205 billion). Thus, there will be two broadcasters for IPL for the next five years, from 2023 to 2027. 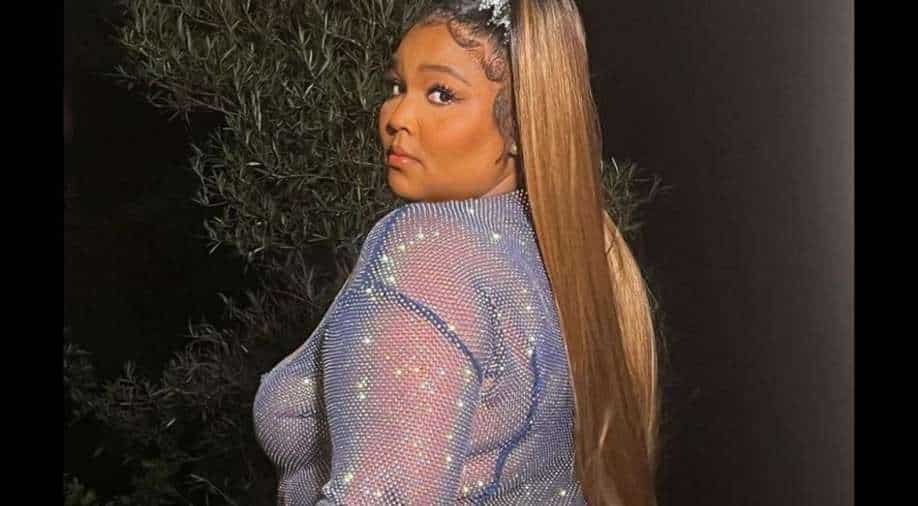 Days after she was called out for her derogatory lyrics about the disabled in her new song 'Grrrls', pop star Lizzo has issued a written apology to her fans and removed the offensive term from the song. She unveiled the new track on Friday and it is a part of the musician's upcoming album 'Special'.
Soon after the song was released, fans and disability advocates criticised the singer with tweets and TikToks explaining the history and offensive nature of the term that was shared and liked hundreds of thousands of times. 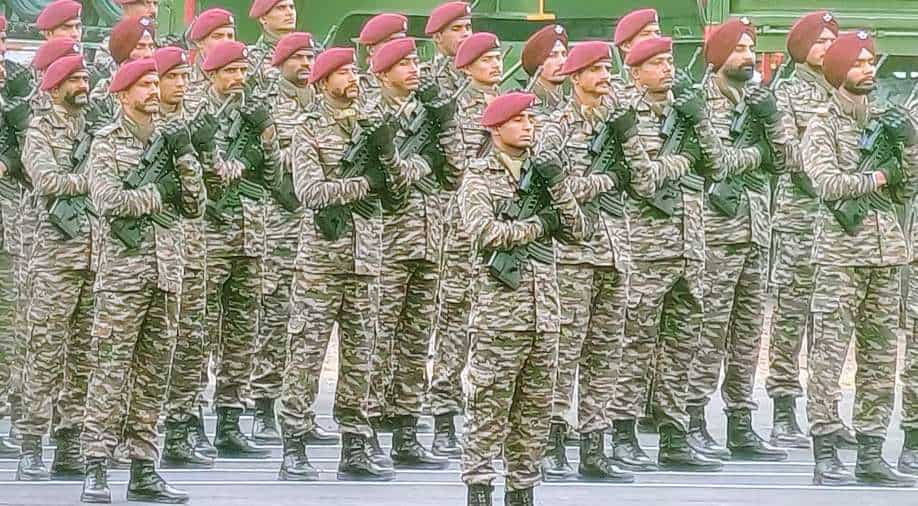 The Indian government revealed the Agnipath scheme today, a radical recruitment plan for the armed forces aimed at reducing wage and pension costs while also freeing up funding for critical weapon procurement. Defence Minister Rajnath Singh called the action "historic" when announcing it.The chiefs of the three services announced the plan. Under the new Agnipath programme, which will take effect immediately, personnel from all three services will be recruited in a significantly different way. Agniveers will be the name given to soldiers enlisted under the scheme. 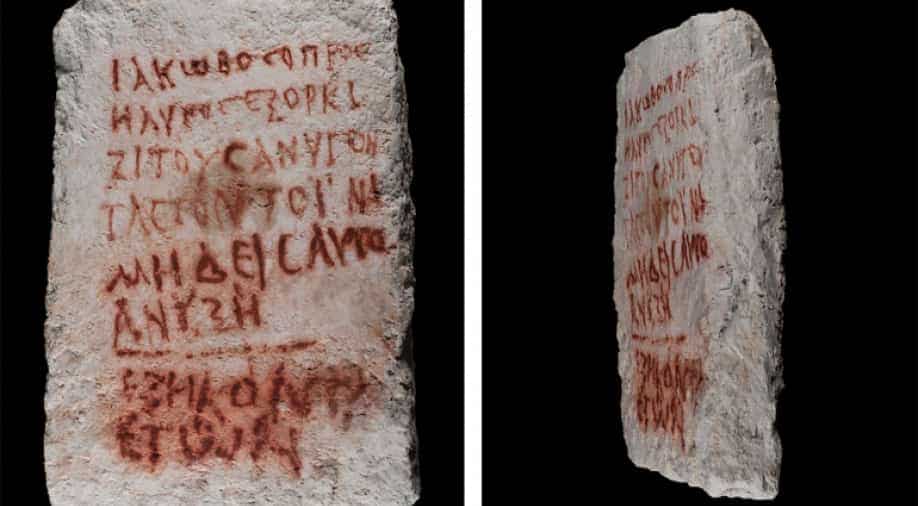 A tomb with a dire warning is not something new for horror movie fans. However, it turned out to be a reality in Israel as archaeologists found a tomb in an ancient cemetery with a warning written in blood red letters for anyone who tries to open it. The tomb was found in an ancient cemetery at the Beit She'arim. This was the first tomb found at the UNESCO World Heritage Site for 65 years. Excavations were happening at the site for almost a year, and this was the first major breakthrough for the archaeologists. The tomb had a warning written in red for the people trying to open it. 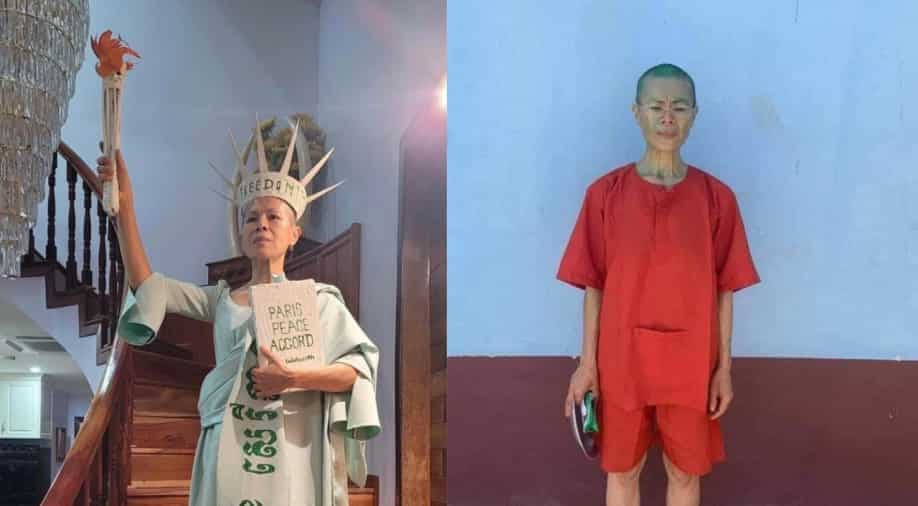 A Phnom Penh court convicted around 60 opposition figures including Theary Seng, an outspoken US-Cambodian activist, who came dressed as the Statue of Liberty at the hearing, in a mass trial Tuesday as long-serving leader Hun Sen cracks down on dissent ahead of national elections next year. Theary Seng is among scores caught up in a push to detain and arrest former members of the now-dissolved opposition Cambodia National Rescue Party (CNRP), human rights defenders, and any dissenting voices.