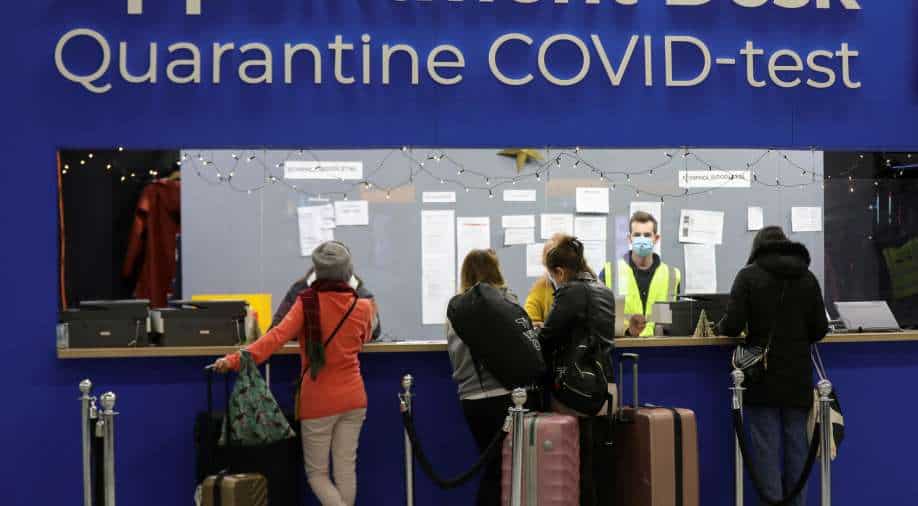 People wait to be tested inside Schiphol airport in Amsterdam Photograph:( Reuters )

Dutch health authorities had earlier tested all 600 passengers on two flights which had arrived at  Amsterdam airport from South Africa on Friday.

Dutch authorities said on Sunday at least 13 cases of Omicron variant has been detected among passengers who had landed in the country from South Africa on Friday.

The Netherlands had confirmed 61 coronavirus positive cases from two flights which had arrived at Amsterdam airport two days ago.

The nation's health agency said investigations were currently underway to find out the test results of other passengers with the new variant likely to be found among other passengers.

The health authorities had tested all 600 passengers on the two flights. Health Minister Hugo de Jonge warned it was the "tip of the iceberg" while asserting that more cases might appear in the country.

Belgium was the first country to announce the arrival of the variant in Europe as the UK reported two cases. The variant has so far also been detected in Germany, Italy, Botswana, Israel, Australia and Hong Kong.

Denmark on Sunday reported two cases of the Omicron variant even as Austria said it was investigating a possible case of the new variant.