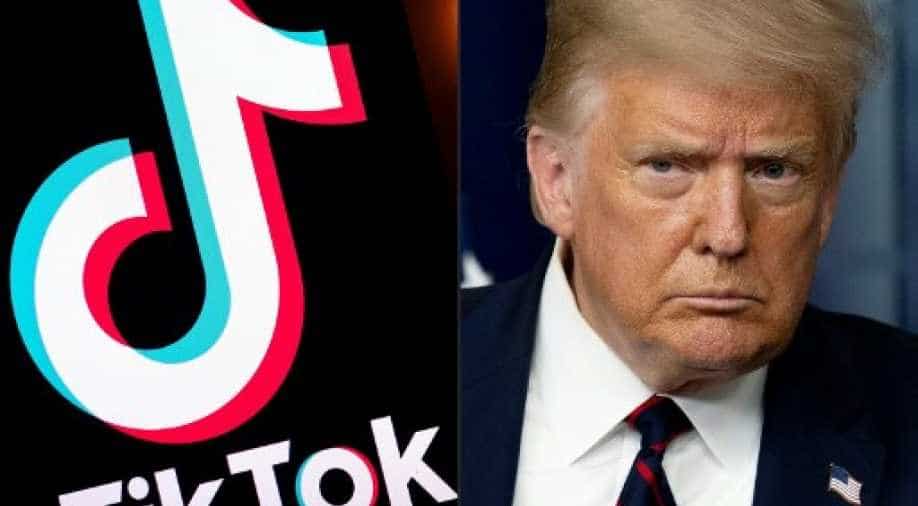 China had accused the Trump administration of "arbitrary political manipulation and suppression" after the US president ordered restrictions against the owners of messaging app WeChat and video-sharing app TikTok.

China's video sharking app TikTok on Friday threatened legal action in US courts against President Trump's executive order banning "any transaction by any person, or with respect to any property, subject to the jurisdiction of the United States, with ByteDance Ltd" or any company in which it has an interest."

Trump has set a 45-day deadline for the order to come into effect.

"We will pursue all remedies available to us in order to ensure that the rule of law is not discarded and that our company and our users are treated fairly - if not by the administration, then by the US courts," TikTok said.

Earlier, China had accused the Trump administration of "arbitrary political manipulation and suppression" after the US president ordered restrictions against the owners of messaging app WeChat and video-sharing app TikTok.

"TikTok automatically captures vast swaths of information from its users, including Internet and other network activity information such as location data and browsing and search histories," Trump had said.

Trump had earlier given a September 15 deadline to TikTok to make a deal with a US firm with Microsoft being given the green light to buy the company's US operations. UK's Financial Times reported Thursday that Microsoft was interested in buying the entire global operations of the video-sharing app.

The US Senate had earlier voted to bar TikTok from being downloaded onto US government employees' telephones putting pressure on the Chinese company.  The bill will now go to the House of Representatives for approval.