Thousands rally at anti-Netanyahu protest ahead of election 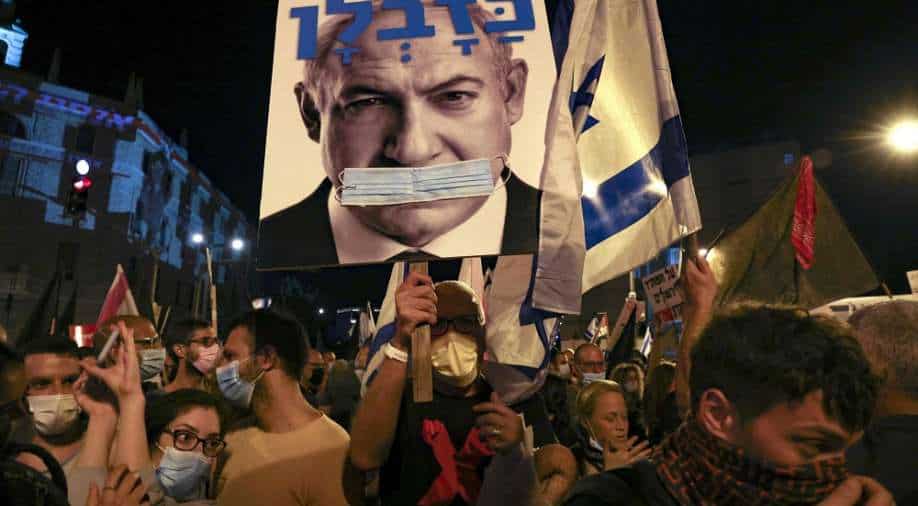 The protests are being held days before a general election that could see the long-standing leader removed from power.

The protests are being held days before a general election that could see the long-standing leader removed from power.

Netanyahu's detractors accuse him of corruption and say his management made the coronavirus pandemic worse in view of protracted lockdowns, and battered the economy.

They also held up signs carrying a broad range of messages, from the need for a leadership "revolution" to mistrust in the police.

Netanyahu was the first Israeli premier to be indicted in office for corruption when he was formally charged last year in three cases over claims he accepted improper gifts and sought to trade regulatory favour with media moguls in exchange for positive coverage.

The combative premier denies wrongdoing and claims he is the victim of a witch-hunt, but he would be forced to resign if convicted with all appeals exhausted.

First launched in June last year, the vocal and colourful demonstrations against Netanyahu have gained momentum over the past 38 weeks, with Saturday night's rally -- the 39th -- the largest in recent months.

Final pre-election opinion polls broadcast on television Friday night showed that Netanyahu's Likud party and its hawkish, religious allies were tied for a majority with those seeking to replace the premier.

His campaign has sought to take credit for Israel's coronavirus vaccination drive, which is the envy of many nations.

Netanyahu has been in power for a record 12 consecutive years, and hopes to remain in office following Israel's fourth election in less than two years on March 23.

The prime minister also hopes for a boost from having clinched historic normalisation ties with four Arab countries -- the United Arab Emirates, Bahrain, Morocco and Sudan.