There will be no Chinese military base: Solomon Islands Prime Minister Manasseh Sogavare 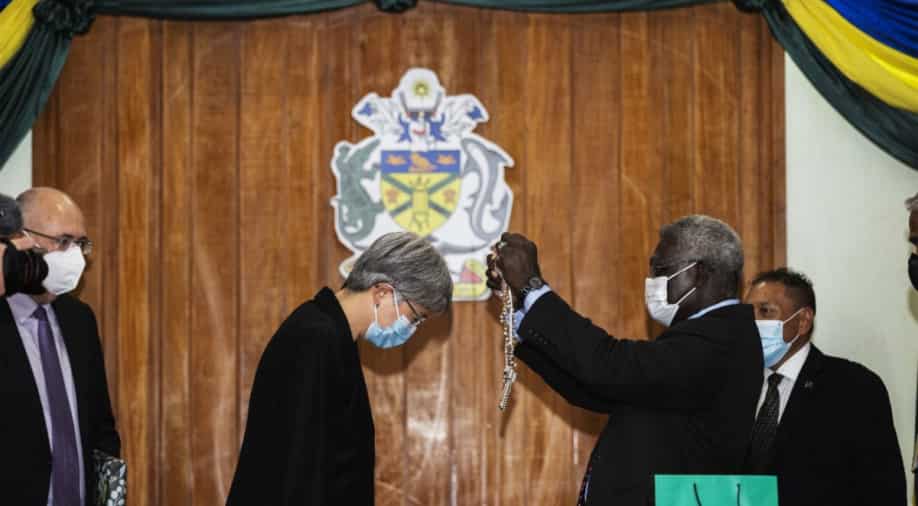 Solomon Islands Prime Minister Manasseh Sogavare has said there will not be any Chinese military base on its territory.

“We’ve talked a lot about being part of the Pacific family and we mean it,” Wong told reporters in Honiara.

To highlight the capabilities of Australian police, Wong visited a riot-hit community in the Solomon Islands and spoke with disadvantaged youth to work in Canberra under a new visa programme.

In a sign of Beijing’s intensifying competition with the US and Australia for influence, several of Wong's trips have coincided with a rare week-long trip to the region by China’s Foreign Minister Wang Yi.

The security agreement between the Solomons and China, which underscored a fraying relationship between Canberra and Honiara, was a major diplomatic victory for Beijing and its first such deal in the Pacific.

In a major setback for China, its plan to sign a sweeping trade and security deal with 10 Pacific Island countries was shelved because they expressed concern about specific elements in the proposal.