Taliban say killing of leader's brother will not derail US talks 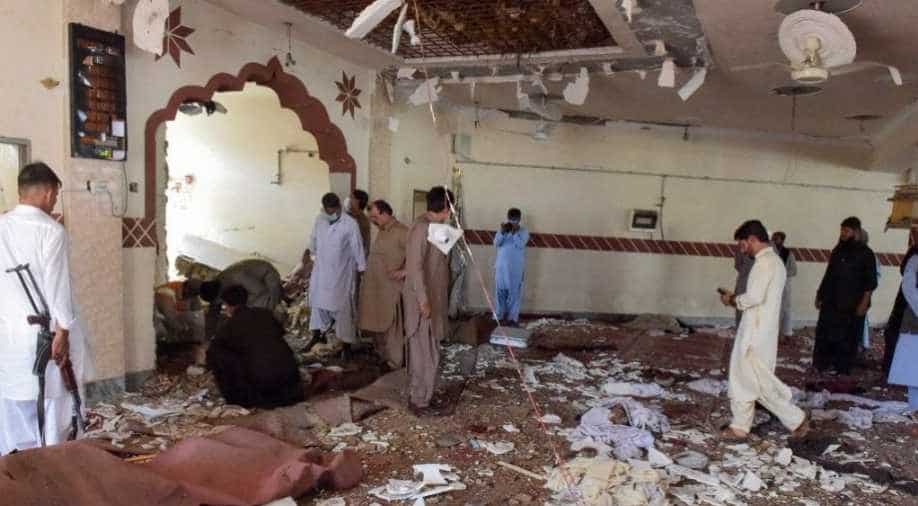 Security officials examine the blast site at a mosque in the town of Kuchlak in southwest Quetta district. Photograph:( AFP )

The militants have been fighting to expel foreign forces and set up an Islamic state since they were ousted in October 2001, weeks after the September 11 attacks on the United States.

Afghan Taliban officials said on Saturday the killing of the brother of their leader in a bomb attack would not derail talks with the United States aimed at securing the withdrawal of US troops after 18 years of war.

Taliban leader Haibatullah Akhundzada was not in the mosque near the Pakistani city of Quetta when a bomb went off but his younger brother, Hafiz Ahmadullah, was leading Friday prayers and was among four people killed, several Taliban officials have said.

There was no claim of responsibility for the blast that came after both Taliban and US officials have reported progress in talks on an agreement centred on a US troop withdrawal from Afghanistan in exchange for a Taliban security guarantee.

"If someone thinks martyring our leaders would stop us from our goal they're living in a fool's paradise," a Taliban leader said by telephone from an undisclosed location.

"We are close to our goals,” he said, referring to the talks with the United States. He declined to be identified.

The militants have been fighting to expel foreign forces and set up an Islamic state since they were ousted in October 2001, weeks after the September 11 attacks on the United States.

Both US negotiators and the Taliban have reported progress after eight rounds of talks since late last year.

US President Donald Trump has made no secret of his desire for a US pullout from Afghanistan and an end to America's longest war.

Top US national security advisers briefed Trump on Friday on the negotiations.

There are deep concerns among Afghan officials and U.S. national security aides about the talks led by US special representative to Afghanistan, Zalmay Khalilzad, who updated Trump.

A US pullout has raised fears Afghanistan could plunge into a new civil war that could see a return of Taliban rule and give international militants a sanctuary.

Under the expected deal, the Taliban, in exchange for a US commitment on a withdrawal, would guarantee Afghanistan would not be a sanctuary for militants to expand and plot new attacks, both sides have said.

The Taliban are also expected to make a commitment to open power-sharing talks with the US-backed government and agree to a ceasefire.

Presidential spokesman Sediq Seddiqi told a news briefing any deal had to include a ceasefire and a US withdrawal would be based on conditions being met.

A second Taliban official, speaking from Doha, where the Taliban have a political office and where the talks have been held, said preparations were being made for a meaningful final round.

"We've solved most issues, just a few remaining," said the official, who also declined to be identified.

No date has been set for more talks.

The Taliban were considering a ceasefire in places from which US forces withdraw, the second official said.

Some 14,000 US troops remain in Afghanistan, training and advising Afghan security forces and conducting counterinsurgency operations.

The war has ground into a stalemate with casualties rising among civilians as well as combatants.