Taliban not allowing planes to depart from Mazar-e-Sharif airport, claims US lawmaker 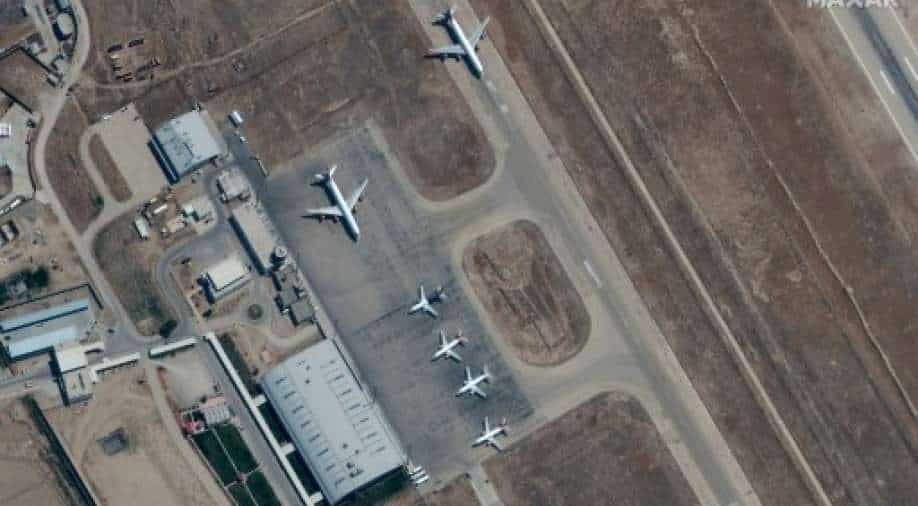 Republican Mike Mccaul claims six planes set to carry Americans and Afghan interpreters have been stuck at Mazar-e-Sharif airport as the Taliban had not cleared the flights.

Nearly a week after US troop withdrawal, many Americans and Afghans who hold US visas including citizens from other countries are still stuck in Afghanistan, reports say.

According to a New York Times report, the situation at the international airport in Mazar-e-Sharif is similar to what unfolded at the Kabul airport a few days ago.

People are reportedly awaiting the Taliban's clearance for flights out of the country.

Senior Republican in US House of Representatives foreign affairs committee Mike Mccaul told a US television network that six planes set to carry Americans and Afghan interpreters were stuck at Mazar-e-Sharif airport.

The planes were reportedly unable to take off since there was no clearance from the Taliban. Mccaul said the Taliban fighters were holding passengers "hostage" for demands in exchange for approving the flights.

Also Read: Anti-Taliban leader, Massoud, says he is ready to talk with Taliban

"We have six planes at Mazar-e-Sharif airport with American citizens on them including interpreters and the Taliban is holding them hostage for demands right now," Mccaul told the television channel.

However, Taliban spokesman Zabihullah Mujahid said: "This is not true. Our Mujahideen have nothing to do with ordinary Afghans. This is propaganda and we reject it."

The controversy comes amid real-time pictures which emerged from Kabul's Hamid Karzai international airport as Americans and Afghans congregated at the airport leading to chaos. There were reports of at least 20 people being killed during the hectic activity amid the evacuation effort.

A terror strike at Kabul airport further worsened the situation as 13 US service members were killed including many Afghans.

"US State Department has cleared these flights and the Taliban will not let them leave the airport. My concern is they're going to demand more and more whether it be cash or legitimacy as the government of Afghanistan," Mccaul claimed.

There are multiple reports that dispute the claims. According to news wire Reuters sources that it is not correct to characterise the passengers as "hostages".

A retired US Marines major involved in organising the flights also claims that the Taliban are not holding the planes hostage.

A spokesperson for the US State Department has said that there are no reliable means to confirm the details of charter flights however the US will hold the Taliban to its pledge to let people freely depart Afghanistan.

A Republican representative Mike Waltz has called on the State Department to work with non-governmental organisations that are trying to evacuate Americans and "at-risk" Afghans.