Taliban blames US for ‘chaos’ at Kabul airport, says peace in rest of Afghanistan 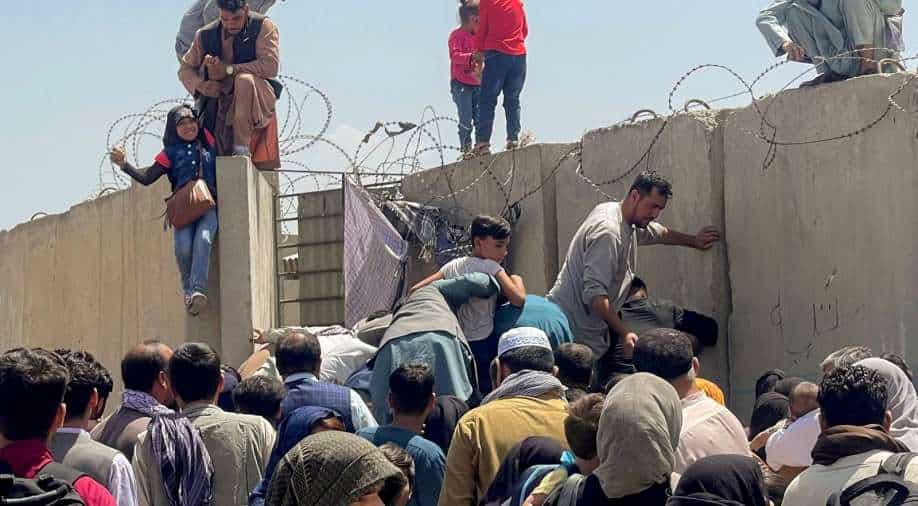 Thousands wait outside Kabul Airport trying to get out of Afghanistan. Photograph:( Reuters )

For the past one week, Kabul airport has been witnessing desperate scenes with a large number of Afghan civilians and foreigners swamping the area in a desperate attempt to flee the country.

A senior Taliban representative on Sunday blamed the United States for the chaotic situation at Kabul airport even as thousands of foreigners and Afghan nationals continued to throng the area in the hope of getting on board the evacuation flights.

“America, with all its power and facilities... has failed to bring order to the airport. There is peace and calm all over the country, but there is chaos only at Kabul airport," AFP quoted Taliban leader Amir Khan Mutaqi as saying.

Muttaqi was a higher education minister when the Taliban last ruled the country. He has been in touch with the Kabul leadership and former president Hamid Karzai after the Taliban took over Afghanistan.

For the past one week, Kabul airport has been witnessing desperate scenes with a large number of Afghan civilians and foreigners swamping the area in a desperate attempt to flee the country.

While the US has been scrambling to expedite the evacuation process, the European Union admitted it was "impossible" to evacuate everyone at risk from the Taliban.

On Sunday, Britain's defence ministry said seven people had died in the crowds.

A journalist, who was among a group of fleeing media workers and academics fortunate enough to reach the airport, described desperate scenes of people surrounding their bus on the way in.

“The Taliban fighter in the truck ahead of us had to shoot in the air to make them go away,” the journalist said.

Britain’s Sky News on Saturday aired footage of at least three bodies covered in white tarpaulin outside the airport. It was not clear how they had died.