Taiwan's pursuit of democracy and freedom is not a crime: Tsai Ing-wen 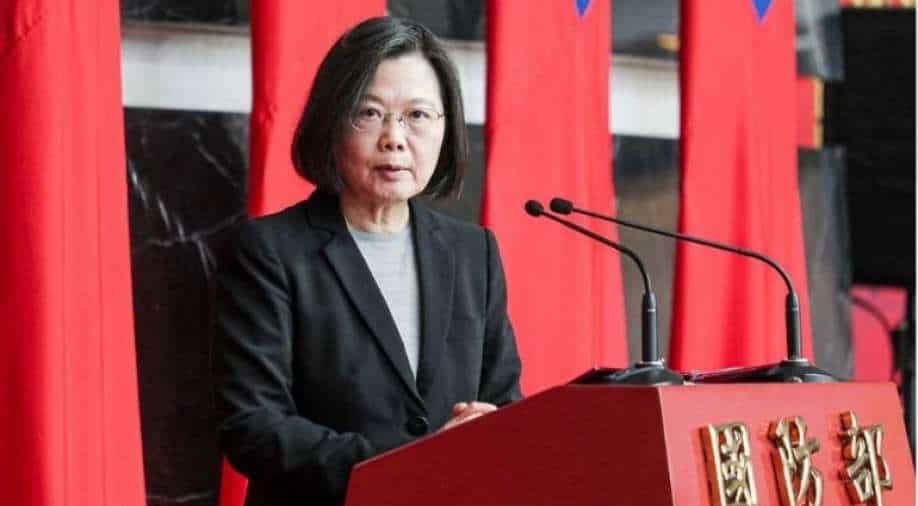 Beijing has ramped up military and diplomatic pressure on Taiwan since Tsai Ing-wen came to power in 2016, as she rejects the stance that the island is Chinese territory.

Tsai Ing-wen, Taiwan's president, highlighted the island's struggle to maintain its independence and democracy in the face of China's escalating military and diplomatic pressure.

President Tsai remarked in her New Year's Day address, "The pursuit of democracy and freedom is not illegal, and Taiwan will not modify its support for Hong Kong.Apart from expressing our concern, we will treasure even more our own hard-won freedom and democracy. "

"We will make Taiwan even better and show the world that democratic Taiwan has the courage to step out from the shadow of authoritarian China, and that we will not bow to pressure," Tsai said.

Even after decades of self-government, China still considers Taiwan to be a renegade province.

Even as Beijing continues to threaten "Taiwan's independence" with war, Taipei has fought Chinese aggression by strengthening strategic ties with democracies, especially the United States.

In the face of mounting military and diplomatic pressure from China, Taiwanese President Ma Ying-jeou acknowledged the challenge of maintaining the country's freedom, democracy, and consensus in order to connect with the rest of the world.

"Continuing our global engagement, maintaining our economic momentum, strengthening our social security network, and safeguarding our nation's sovereignty are the four pillars of our plan for stable governance in 2022," she was quoted as saying by Taiwan Focus.

In response to the DPP's recent claims, the Chinese Defense Ministry stated that the mainland conducted 940 warplane sorties near Taiwan this year, according to state media outlet Global Times.

In a threatening tone, China announced on Thursday that it had sent more than 940 fighter jets for normal drills, which is more than Taiwanese authorities have said.

So far in 2021, the People's Liberation Army Air Force (PLAAF) has made 950 incursions into Taiwan's Air Defense Identification Zone, a 60% increase over the previous year.

Furthermore, Taiwanese media said that the island is bracing for an increase in the number of invasions as China has increased sorties in recent years.

According to Taiwan News, when tensions mount over big political events on both sides of the Taiwan Strait in 2022, the number of flights is projected to increase even more.