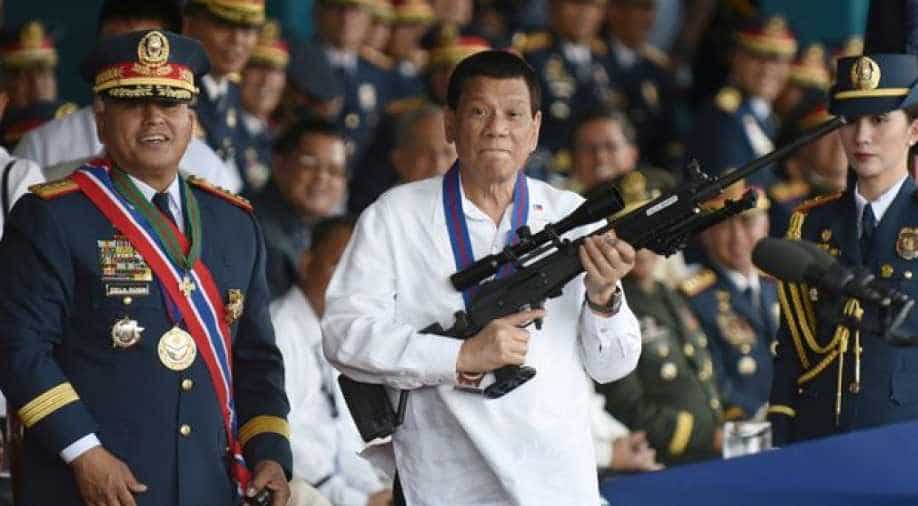 Police, who do not need search or arrest warrants to conduct house raids, systematically force suspects to make self-incriminating statements or risk lethal force, the UN human rights office said in a report.

Tens of thousands of people may have been killed in the war on drugs since mid-2016 in the Philippines, amid ''near impunity'' for police and incitement to violence by top officials, the United Nations said on Thursday.

The drugs crackdown, launched by President Rodrigo Duterte after winning election on a platform of crushing crime, has been marked by police orders and high-level rhetoric that may have been interpreted as ''permission to kill'', it said.

Police, who do not need search or arrest warrants to conduct house raids, systematically force suspects to make self-incriminating statements or risk lethal force, the UN human rights office said in a report.

There has been only one conviction, for the 2017 murder of Kian delos Santos, a 17-year-old Manila student, it said. Three police officers were convicted after CCTV footage led to public outrage, it said.

''Despite credible allegations of widespread and systematic extrajudicial killings in the context of the campaign against illegal drugs, there has been near impunity for such violations,'' the report said.

Police say their actions in the anti-drug campaign have been lawful and that deaths occur in shootouts with dealers resisting arrest. 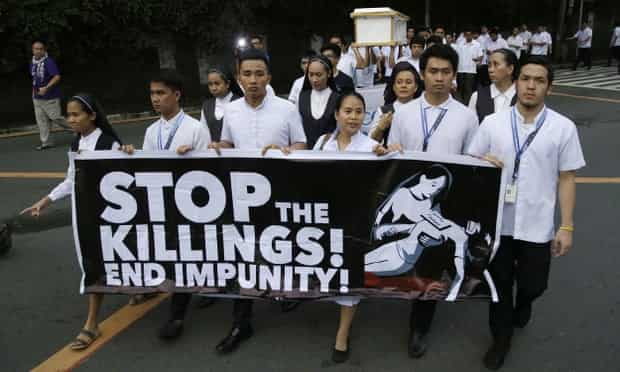 The report said some statements from the highest levels of government had ''risen to the level of incitement to violence” and “vilification of dissent is being increasingly institutionalised.''

''The human rights situation in the Philippines is marked by an overarching focus on public order and national security, including countering terrorism and illegal drugs,'' it said.

But this was ''often at the expense of human rights, due process rights, the rule of law and accountability.''

It will be presented to the UN Human Rights Council later in June.

Most victims in the drug war are young poor urban males, the UN report said. Their relatives described “numerous obstacles in documenting cases and pursuing justice”.

''The most conservative figure, based on government data, suggests that since July 2016, 8,663 people have been killed, with other estimates of up to triple that number,'' it said.

The UN cited reports of widespread drug-related killings perpetrated by unidentified vigilantes and a Philippine government report in 2017 that referred to 16,355 homicide cases under investigation as accomplishments in the drugs war.

A 2016 police circular launching the campaign uses the terms ''negation'' and ''neutralisation'' of ''drug personalities'', it said.

''Such ill-defined and ominous language, coupled with repeated verbal encouragement by the highest level of state officials to use lethal force, may have emboldened police to treat the circular as permission to kill,'' said the UN, calling for the repeal of the campaign.

Government figures show that 223,780 ''drug personalities'' were arrested from mid-July 2016 through 2019, but unclear charges and irregularities in due process raise concerns that ''many of these cases may amount to arbitrary detentions.''

At least 248 land and environmental rights activists, lawyers, journalists and trade unionists were killed from 2015 to 2019, the report said. So-called red-tagging, or labelling people and groups as communists or terrorists, has become rife.