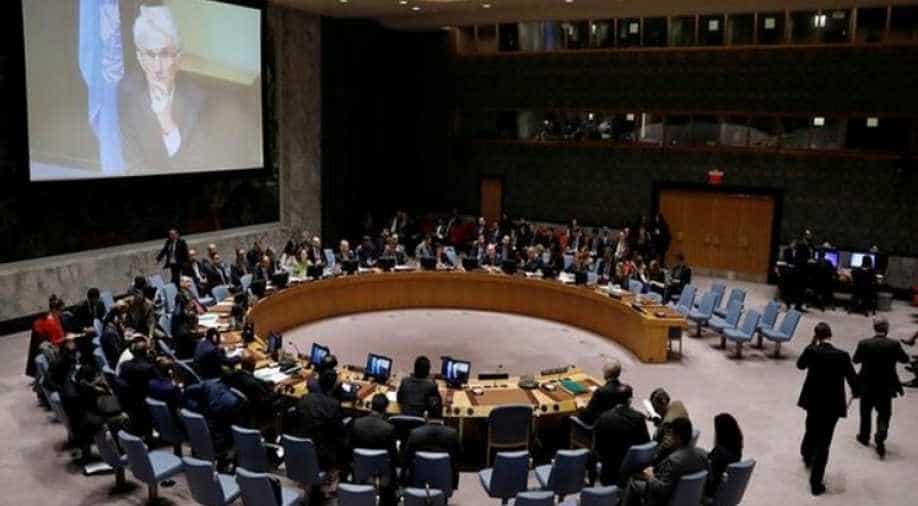 The vote comes in response to the seven-day airstrikes and bombings in the war-torn country that has claimed over 500 lives so far.

UN Secretary-General Antonio Guterres appealed on Wednesday for an immediate end to "war activities" there and had referred to the Syrians living in the Eastern Ghouta enclave near Damascus as "Hell on Earth", according to media reports.

Earlier, the UNSC was supposed to vote on the ceasefire in Syria on Thursday, which is seeing a bloody six-year-old civil war.

Negotiations stumbled over Russian demands that the rebel groups fighting Syrian President Bashar al-Assad's forces should comply with the resolution.

Russia, which is also a permanent member of the Security Council vetoed 11 times to protect the Syrian government.

The draft resolution put forward by Kuwait and Sweden, earlier called for a nationwide resolution to go into effect within 72 hours after the resolution is passed. Medical evacuations and aid deliveries would start 48 hours after adopting the resolution. However, the plan did not materialise.

The Bashar-led Syrian government and its close ally Russia have repeatedly said that the motive of airstrikes is to target militants.

They have said that they seek to stop mortar attacks injuring dozens in Damascus, and have accused the militants in Eastern Ghouta of capturing and holding people as "human shields".

Moscow, which intervened militarily in support of its Damascus ally in 2015, has denied any direct involvement in the Eastern Ghouta bombardment.

The Syrian military forces have not commented on the resolution so far.

German Chancellor Angela Merkel and French President Emmanuel Macron on Friday called on the Russian President Vladimir Putin to back the ceasefire resolution.

In November last year, Russia used its veto power to end a UN-led investigation of chemical weapons attacks in Syria.

Nearly 500 people, including 100 children, have died and hundreds more injured in the last seven days, according to the Syrian Observatory for Human Rights (SOHR).

At least 35 civilians were killed in Saturday's strikes, including eight children. A night of heavy bombardment sparked fires in residential districts, the SOHR said in a statement.

Eastern Ghouta, which houses around 400,000 residents, has remained under a crippling regime siege for the last five years.

In May last year, Russia, Iran and Turkey signed an agreement to set up de-escalation zones, in order to prevent airstrike-related incidents in some parts of Syria.

Syria has been embroiled in a civil war since 2011. Protesters have been long demanding the resignation of Syrian President Bashar al-Assad over his autocratic rule.