Syria: Fighting in east Aleppo over as rebels reach deal with government to evacuate city 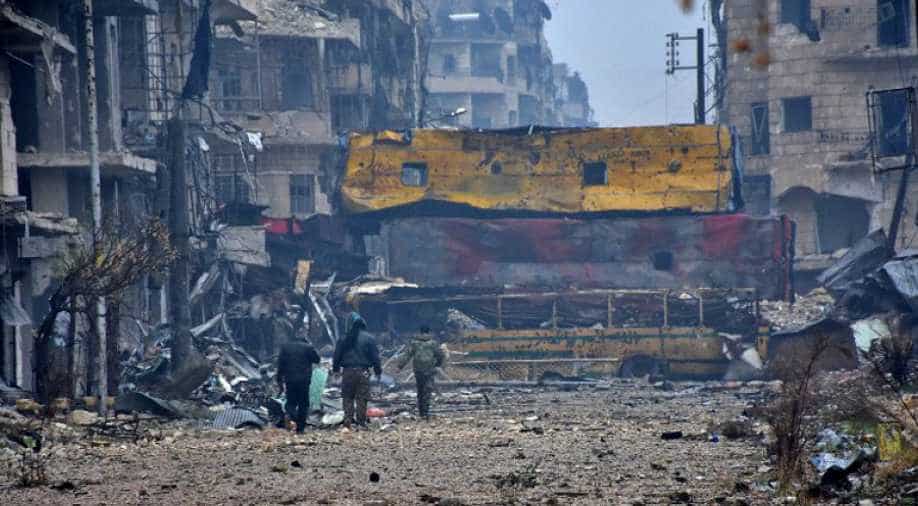 Syrian pro-government forces walk in Aleppo's Bustan al-Qasr neighbourhood after capturing the area in the eastern part of the city on December 13. Photograph:( AFP )

The Syrian government has "re-established control over eastern Aleppo" and all military operations have been ceased to allow civilians and rebel fighters to leave the city, the Russian ambassador to the UN said Tuesday.

An agreement was reached between the rebels and President Bashar al-Assad's government Tuesday to let the rebels leave, AFP reported.

"The bottom line is -- if everything is okay -- that means that the fighting around eastern Aleppo is over," Churkin said.

Churkin said the rebels "are currently going through agreed corridors, going in directions they have chosen themselves voluntarily including towards Idlib," the rebels stronghold.

"According to the latest information that we received in the last hour, military actions in eastern Aleppo are over, so there is no issue of some cessation of hostilities or some special humanitarian operation," he said.

However, several AFP journalists in the government-held area of Aleppo were supposed to be evacuated, said evacuation process had not been started as of 2000 GMT.

US wants observers in Aleppo

UN Secretary-General Ban Ki-moon called on Russia and Iran to "urgently allow the remaining civilians to escape the area" and provide aid to those left in the city.

The UN secuirty council held an emergency meeting at the request of France and Britain following UN reports that at least 82 people, including 11 women and 13 children, were killed in four neighbourhoods as the fighting came to an end.

US Ambassador to the UN Samantha Power said countries should send observers to "oversee the safe evacuation of the people who wish to leave but who, justifiably fear that if they try, they will be shot in the street or carted off to one of Assad's gulags."

More than 300,000 people have been killed since March 2011 and over half of the population displaced.