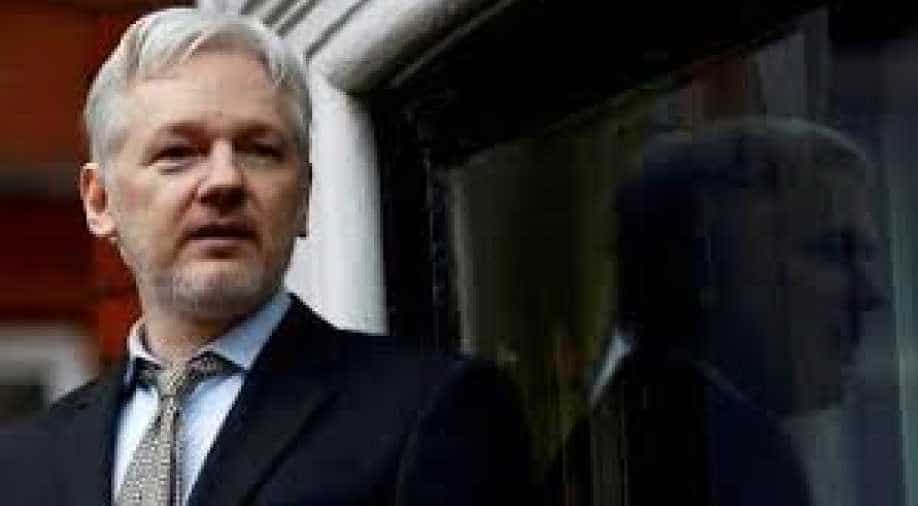 Swedish prosecutors Friday dropped a seven-year rape investigation into Julian Assange, a legal victory for the WikiLeaks founder who has been holed up in the Ecuadoran embassy in London since 2012.

"Director of Public Prosecution, Marianne Ny, has today decided to discontinue the investigation regarding suspected rape by Julian Assange," the prosecutor's office said in a statement.

Friday was the deadline for the public prosecutor's office to either renew or lift Assange's arrest warrant before a Stockholm court.

British police told Reuters separately that it was still under obligation to arrest Assange were he to leave the embassy.

"Westminster Magistrates' Court issued a warrant for the arrest of Julian Assange following him failing to surrender to the court on the 29 June 2012," British police told Reuters.

"The Metropolitan Police Service is obliged to execute that warrant should he leave the Embassy," the police added.

A British government source would not confirm or deny if the United States had made a request to extradite Assange until an arrest had been made.

Shortly after the decision, Assange posted a picture of himself smiling broadly, without comment.

Ny and Chief Prosecutor Ingrid Isgren are to brief reporters on the decision at 12:00pm (1000 GMT) on Friday.

The 45-year-old Australian has always denied the 2010 allegations, which he feared would see him extradited to the United States and tried over the leaking of hundreds of thousands of secret US military and diplomatic documents.

He has been living at the Ecuadoran embassy in London since 2012 and risks being arrested by British police if he steps out of the building.

British police have said they will arrest Assange as soon as he walks out of the embassy because he has broken his conditions for bail -- a relatively minor offence under British law -- by failing to surrender on June 29, 2012 for extradition to Sweden.

Assange's Swedish lawyer last month filed a new motion demanding that the arrest warrant be lifted after US Attorney General Jeff Sessions said in April that arresting Assange would be "a priority".

"This implies that we can now demonstrate that the US has a will to take action... this is why we ask for the arrest warrant to be cancelled so that Julian Assange can fly to Ecuador and enjoy his political asylum," lawyer Per Samuelsson told AFP at the time.

The accusation against Assange dated from August 2010 when the alleged victim, who says she met him at a WikiLeaks conference in Stockholm a few days earlier, filed a complaint.

She accused him of having sex with her as she slept without using a condom despite repeatedly having denied him unprotected sex.

"I am entirely innocent," Assange wrote in a 19-page testimony released in December 2016.

He argues that the sex was consensual and has denounced the accusations as "politically motived".

The investigation had suffered from multiple procedural complications since it began.

The statute of limitations on the rape allegation expires in August 2020.

In a letter sent to the Swedish government on May 8, Ecuador condemned "the obvious lack of progress" in the investigation despite Assange's questioning in the presence of the Swedish prosecutor at the embassy in November 2016.

"It is extremely worrying that six months after the hearing at the Embassy of Ecuador in the United Kingdom, the Swedish prosecutor's office has not yet decided on the judicial situation of Julian Assange," the Ecuadoran Foreign Ministry said in the letter seen by AFP.

Swedish judges have refused to take into account the opinion of the UN Working Group on Arbitrary Detention, which in February 2016 said Assange was effectively "arbitrarily detained" by Sweden and Britain and called for the arrest warrant to be annulled.

A lawyer for WikiLeaks founder Julian Assange welcomed the decision of Swedish prosecutors Friday to drop a seven-year rape investigation against him, saying it was the "end of his nightmare".

"We have been waiting a long time for this decision," Christophe Marchand, a member of Assange's Brussels-based legal team, told AFP.

"Julian Assange has been a victim of a huge abuse of procedure. We are very pleased and very moved, as this marks the end of his nightmare."