Supreme Court nominee Jackson moved to tears as Sen. Booker tells her 'You are my harbinger of hope' 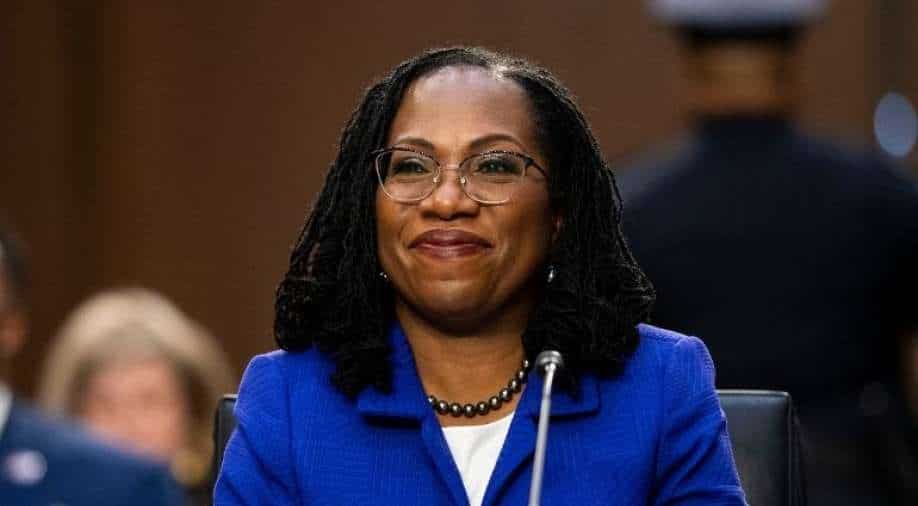 Judge Ketanji Brown Jackson has served as a federal appellate judge since last year after eight years as a federal district judge. She noted that she had sentenced more than 100 people as a judge. Photograph:( The New York Times )

In a passionate speech, Senator Cory Booker - the only African-American senator on the Senate Judiciary Committee, praised Supreme Court nominee Ketanji Brown Jackson, recalling the historical significance of her nomination and enthusiastically endorsing her candidacy.

As he spoke about her family and listed her career highlights, from Harvard Law School, to editor of the law review, to her legal internships, years as a public proseuctor, federal district judge and federal appellate judge, Booker beamed, saying he was embarrassed by the intense questioning by Republican senators and said he felt intense joy as he thought about her nomination.

"I look at you, this is why I get emotional. I'm sorry. You're a person who is so much more than your race and gender," he said, as Jackson wiped away tears. "I see my ancestors and yours. Nobody is going to steal the joy of that woman in the street, or the calls that I'm getting or the texts. Nobody is going to steal that joy. You have earned this spot. You are worthy. You are a great American."

"It's not going to stop. They're going to accuse you of this and that. Heck, in honor of your person who shares your birthday (referring to former New York state senator Constance Baker Motley), you might be called a communist. But don't worry my sister. Don't worry. God has got you. And how do I know that? Because you're here and I know what it's taken for you to sit in that seat," he said.

Booker then compared Jackson to Harriet Tubman, a 19th-century escaped slave who risked her life to lead other slaves to freedom, saying Jackson was his "harbinger of hope."

"I thought about her and how she looked up, she kept looking up. No matter what they did to her, she never stopped looking up. And that star, it was a harbinger of hope. Today, you are my star. You are my harbinger of hope This country is getting better and better and better. And when that final vote happens and you ascend onto the highest court of the land, I'm going to rejoice. And I'm going to tell you right now: the greatest country in the world, the United States of America will be better because of you. Thank you."

Jackson quietly responded, "Thank you," before the hearing took a short recess, before wrapping up her hearing Wednesday (March 23) night.

Outside experts scheduled for Thursday's final day of the hearing.

If confirmed, Jackson would be the 116th justice to serve on the high court, the sixth woman and the third Black person. With Jackson on the bench, the court for the first time would have four women and two Black justices.