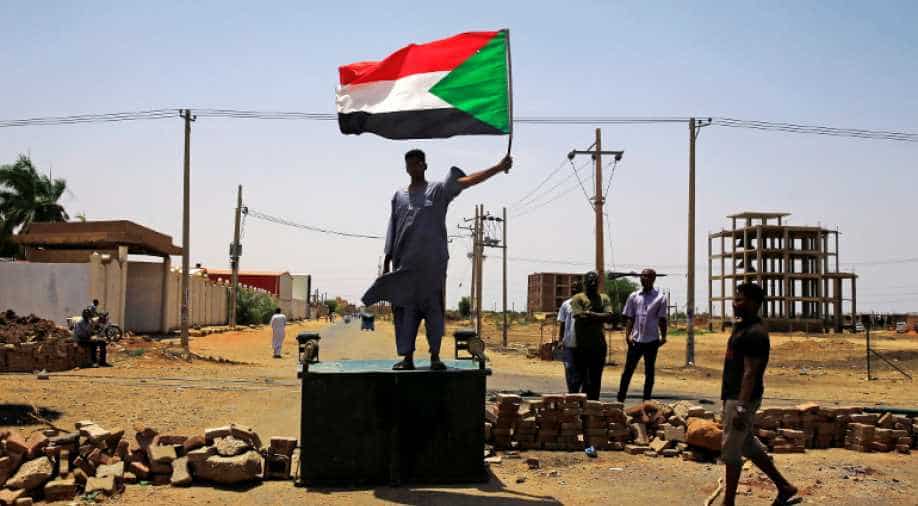 The document, which outlines the powers and the relationship between the branches of the transitional government, comes after weeks of protracted negotiations brokered by the African Union and neighbouring Ethiopia amid sporadic bouts of violence in the capital Khartoum and other cities

Sudan's military council and its main opposition coalition have agreed on a constitutional declaration to usher in a new period of transitional government, African Union mediator for Sudan Mohamed Hassan Lebatt told a news conference in the early hours of Saturday morning.

The document, which outlines the powers and the relationship between the branches of the transitional government, comes after weeks of protracted negotiations brokered by the African Union and neighbouring Ethiopia amid sporadic bouts of violence in the capital Khartoum and other cities.

Lebatt said that the delegations will continue talks on Saturday over the technical details of the signature procedures but did not elaborate further on the contents of the declaration.

Sudan's stability is crucial for the security of a volatile region stretching from the Horn of Africa to Libya that is riven by conflict and power struggles.

This final agreement is meant to pave the way to a political transition after military leaders ousted former President Omar al-Bashir in April following months of protests against his rule.

Two key points of contention had been the role of Sudan's General Intelligence Service and the Rapid Support Forces (RSF), the country's most powerful paramilitary group.

According to a draft of the declaration seen by Reuters, the intelligence service will report to the cabinet and the sovereign council, the body that will rule the country in the transitional period, while the RSF will fall under the general command of the armed forces.

The sides had previously agreed that the sovereign council will be comprised of 11 members — five officers selected by the military council, five civilians chosen by the FFC and another civilian to be agreed upon by both sides. Its first leader will be from the military.

When the sovereign council is formed, the country`s current ruling body, a transitional military council headed by General Abdel Fattah al-Burhan and his deputy, RSF commander General Mohamed Hamdan Dagalo, will be dissolved.