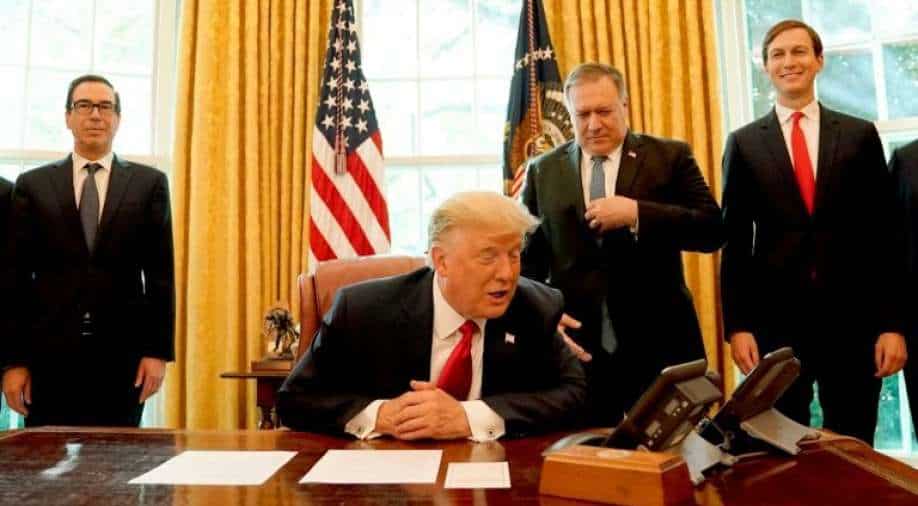 Trump announced the agreement by Sudan's year-old civilian-backed government moments after he formally moved to end the nation's designation of a state sponsor of terrorism, which was a major goal for Khartoum.

United States President Donald Trump announced Friday that Sudan would normalise relations with Israel. This is being seen as a new diplomatic coup for him days before US presidential election.

Trump announced the agreement by Sudan's year-old civilian-backed government moments after he formally moved to end the nation's designation of a state sponsor of terrorism, which was a major goal for Khartoum.

According to AFP, reporters were escorted into the Oval Office where Trump was on speakerphone with Sudan's leadership and Israeli Prime Minister Benjamin Netanyahu, a close ally of the embattled Republican president.

"We are expanding their circle of peace so rapidly with your leadership," Netanyahu was heard saying.

Trump said: "There are many, many more coming."

"Sudan and Israel have agreed to the normalisation of relations -- another major step toward building peace in the Middle East with another nation joining the Abraham Accords" that involve Bahrain and the United Arab Emirates, Trump aide Judd Deere wrote on Twitter.

The United Arab Emirates and Bahrain signed an accord at the White House last month to normalise relations with Israel but Sudan is arguably more significant as an Arab nation that has been at war with Israel.

Trump had announced his plan to delist Sudan on Monday through Twitter. But in the days before he formally took the move, Israel sent a delegation to Khartoum to discuss normalisation.

Trump, who is trailing in the polls ahead of the November 3 vote, has used his leverage over Sudan to press for recognition of Israel.

Secretary of State Mike Pompeo voiced hope on Wednesday that Sudan would "promptly" recognise the Jewish state -- a major cause for Trump's evangelical Christian base.

As part of the deal to get off the terror blacklist, the White House said that Sudan's transitional government had deposited $335 million to compensate survivors and family members of anti-US attacks that took place when former dictator Omar al-Bashir welcomed Al-Qaeda.