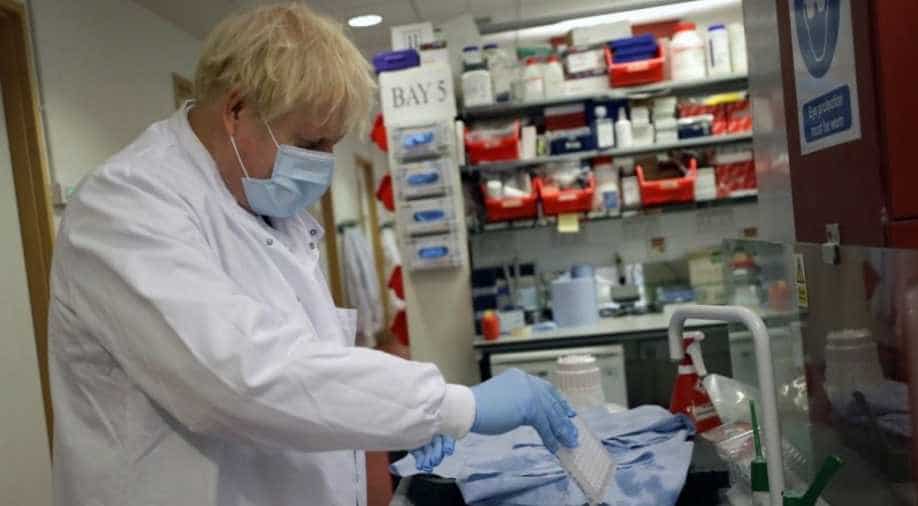 Public Health England said that the worrisome mutation known as E484K appears to have arisen more than once in the B.1.1.7 coronavirus variants in the United Kingdom

A fast-spreading coronavirus variant first observed in the United Kingdom has gained a new mutation that could potentially make it harder to control with vaccines, Public Health England reported Monday. It is the latest evidence that the virus is undergoing a worrisome evolution worldwide.

The variant, known as B.1.1.7, first came to light in December. Researchers determined that it had rapidly become more common across the United Kingdom in just a couple of months.

Experiments in test tubes suggest that some of its mutations allow the coronavirus to hold onto cells more tightly.

Since B.1.1.7’s discovery in the United Kingdom, the variant has been reported in 72 other countries. The United States confirmed its first case of B.1.1.7 on Dec. 29. Since then, the Centers for Disease Control and Prevention has recorded 467 samples of the variant in 32 states.

In its latest analysis, Public Health England estimated that the variant’s rate of infection is 25% to 40% higher than that of other forms of the coronavirus. Some preliminary evidence suggests that it may also cause more deaths.

Several lines of evidence suggest that vaccines will work against B.1.1.7. On Thursday, vaccine-maker Novavax announced that its British trial found no evidence that B.1.1.7 could evade the vaccine’s defenses.

But in South Africa, where a variant called B.1.351 has surged to dominance, the Novavax and Johnson &amp; Johnson vaccines have both been less effective in trials.

That variant has been reported in 31 countries so far. In the United States, it has turned up in South Carolina and Maryland.

Whenever these variants infect a new host and multiply, there’s a small chance that they will gain yet another mutation. Most of the mutations are of little concern, but scientists have worried that by mutating, these already dangerous variants could evolve into more fearsome forms.

Even if a mutation alters a coronavirus variant, that’s no guarantee it will have the same effect in another variant. The effect of each new mutation depends on all the other mutations carried by the virus.

Public Health England said that the worrisome mutation known as E484K appears to have arisen more than once in the B.1.1.7 coronavirus variants in the United Kingdom. Two variants in Brazil have also been discovered to have independently gained the same mutation.

Moderna and other companies are already preparing by developing vaccines to work against the E484K mutation. Kristian Andersen, a virus expert at Scripps Research Institute in La Jolla, California, said that while seeing the mutation known as E484K spread was not good, it was impossible to say yet whether it would make these coronaviruses not only more contagious but more resistant to vaccines. “We’ll have to wait for data,” he said.

Last week, scientists reviewed all the coronavirus genomes sequenced in the United Kingdom. They discovered 11 coronavirus variants that belong to the B.1.1.7 lineage that also carried the worrying mutation.

Exactly why the E484K mutation turns up so often remains a mystery. Nicholas Davies, a mathematical biologist at the London School of Hygiene and Tropical Medicine, said it was possible that it enabled the coronavirus to evade antibodies created by previous infections from other variants. “E484K may well convey a fitness advantage in settings where there is existing immunity,” he said.

But he cautioned that the 11 variants out of over 200,000 samples were exceedingly rare, and it was possible that they might actually lose against other B.1.1.7 viruses without the mutation. “I think it’s potentially concerning, but hard to tell from the report what it means,” he said.