State of emergency in Canada's Ontario over 'illegal' trucker protest 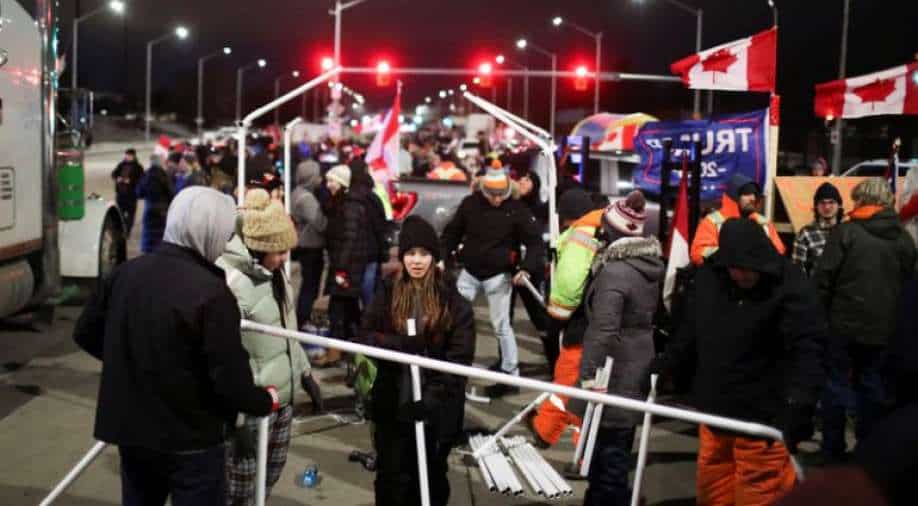 The days-long border obstructions have already have major impact, with several automakers forced to cut back production as a result, triggering fears it could impact Canada's economic recovery from the  pandemic

Canada's Ontario province Friday declared a state of emergency over trucker-led protests paralyzing the capital and disrupting trade with the United States, as Premier Doug Ford vowed to do whatever it takes to end the blockades.

The capital Ottawa has been clogged with hundreds of big rigs for two weeks, while three border crossings have been shut down by truckers demanding an end to all Covid health restrictions.

"We will take whatever steps are necessary to ensure the border is reopened," Ford told a news conference, threatening steep fines of up to Can$100,000 ($80,000) and jail unless protesters end their "illegal occupation."

"To the people of Ottawa under siege, I say we will ensure you're able to resume life and business as soon as possible."

The vital Ambassador Bridge connecting Windsor, Ontario and the US city of Detroit, is used daily by more than 40,000 commuters and tourists, along with trucks carrying $323 million worth of goods each day on average -- about one-quarter of all Canada-US trade.

The days-long border obstructions have already have major impact, with several automakers forced to cut back production as a result, triggering fears it could impact Canada's economic recovery from the  pandemic.

Canadian Prime Minister Justin Trudeau is under mounting pressure to get the situation under control, with Washington calling on its northern neighbor to use federal powers to end the blockades.

Ford, who faces elections in June, has likewise been under fire for several days over his inaction to bring an end to the trucker-led disruptions.

The snowballing trucker movement has morphed over the past weeks into a broader protest against Covid-19 health restrictions and Trudeau's government -- and sparked solidarity rallies across the nation and abroad.