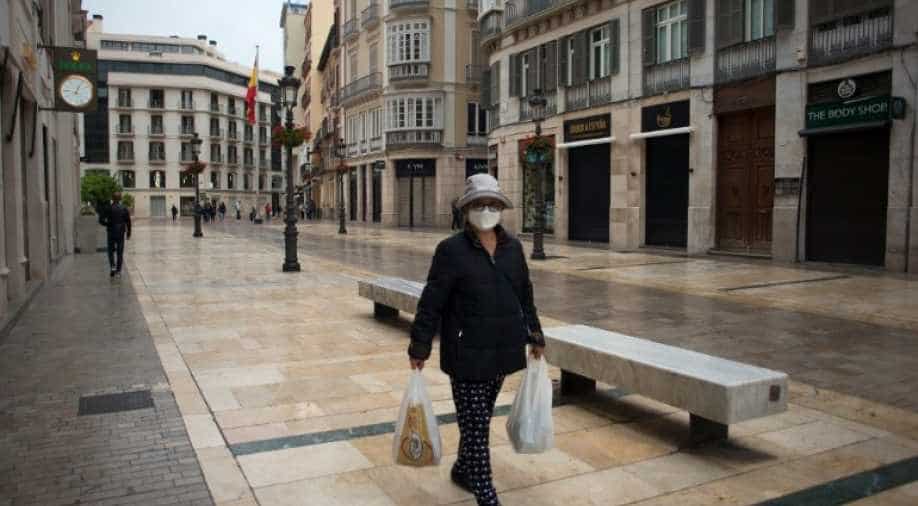 'We are facing an absolutely exceptional situation,' the minister added.

Spain registered a leap of 302,265 jobless claims in March, the biggest on record, due to the "extraordinary impact" of the coronavirus pandemic, the labour ministry said Thursday.

"This is a historic figure," Labour Minister Yolanda Diaz told a news conference called to discuss the figures.

"We are facing an absolutely exceptional situation," she added.

Spain, the eurozone's fourth-largest economy, imposed a nationwide lockdown on March 14 to fight the coronavirus, with people allowed out only to go to work, buy food, seek medical care and briefly walk their dog.

Restrictions have since been tightened, with non-essential workers in the nation of around 47 million people asked to stay at home from March 29.

The pandemic "changed the trend" in unemployment figures for March, after only 2,857 workers filled jobless claims in the first 12 days of the month, the ministry said in a statement.

The services sector recorded the most job losses, with 206,016 jobless claims in a country where tourism accounts for around 12 per cent of national output.

Tourism worldwide has been hammered by the pandemic, as governments imposed travel restrictions and airlines grounded scores of flights.

But all sectors of the economy took a hit with nearly 60,000 construction workers filing jobless claims and 6,520 people who work in agriculture.

Meanwhile, the number of unemployed in Spain hit 3.54 million in March, the labour ministry said.

The monthly figure is a different measure from the quarterly unemployment rate, which is based on surveys and stood at 13.8 per cent in the fourth quarter of 2019, according to national statistics institute INE.

That is the second-highest jobless rate in the eurozone after Greece.

The coronavirus death toll in Spain surged past 10,000 on Thursday after a record 950 deaths in 24 hours, with the number of confirmed cases passing the 110,000 mark.

Spain has the world's second-highest death toll after Italy