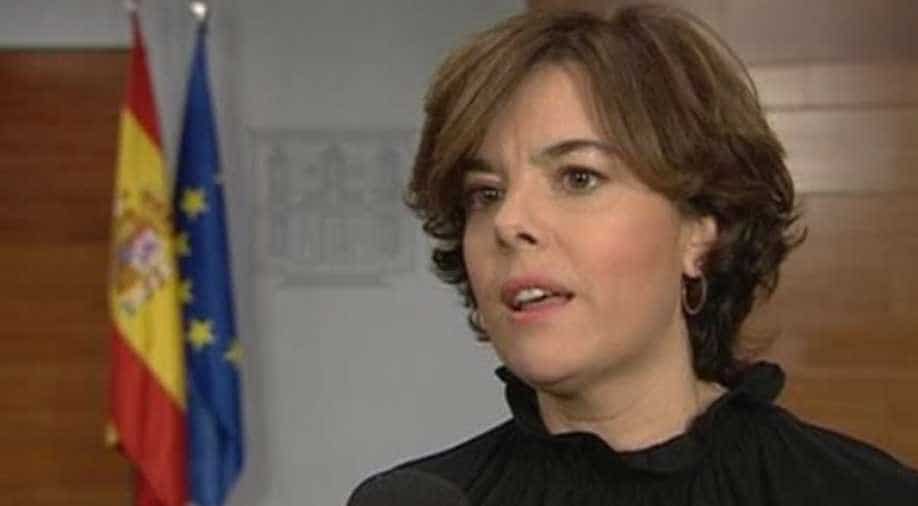 Santamaria said the Puidgemont is going against the law

Spanish deputy prime minister Soraya Saenz de Santamaria today hit out at Catalonian President Carles Puigdemont over his statement calling for a way out of the Catalan crisis.

Catalonian President Carles Puigdemont in a televised statement had warned King Felipe would lose the support of many Catalan people after he accused Catalan supporters of going against democratic norms and dividing Spanish society.

Spanish deputy PM Santamaria dismissed Puigdemont's speech saying he was going against the law and was "completely detached from reality".

The Catalan parliament is set to declare independence from Spain next Monday even as thousands of Catalans rallied in fury on Tuesday during a general strike over violence by Spanish riot police against voters taking part in the referendum.

On Sunday, almost 91 people were injured when Spanish riot police fired rubber bullets and forced their way into activist-held polling stations as thousands flooded the streets to vote in an independence referendum declared illegal by the Spanish government and courts.