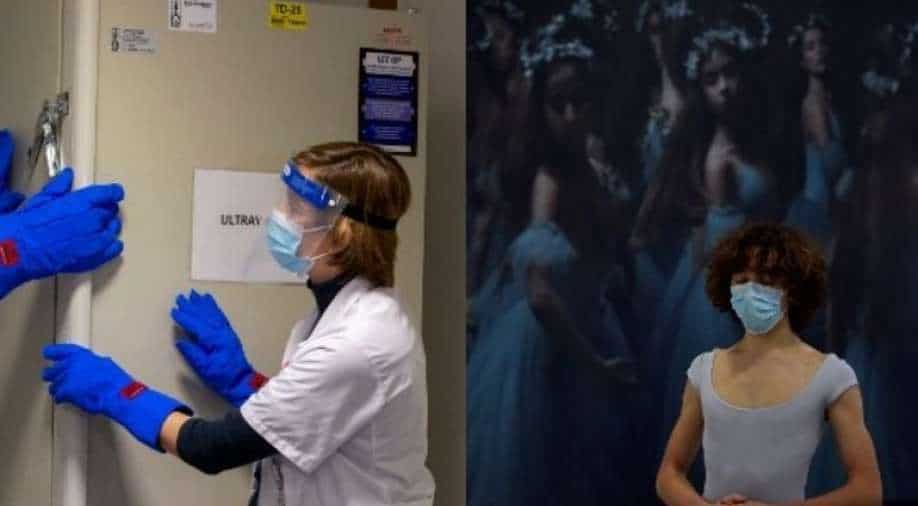 Paris received its first tranche of the vaccine as it was delivered to the hospital with jabs set to be administered to an elderly home on Sunday.

Spain reported the first cases of new virus strain which emerged from Britain even as the country received the Pfizer-BioNTech vaccine.

The regional government informed that all four cases of new coronavirus variant were detected in Madrid.

The British government had annouced last week that the new strain was "70 per cent more transferable" than the current virus and had originated from South Africa.

All four cases discovered in Madrid were carried over from Britain, the regional government stated. On Friday, Germany had declared that one of its citizens had carried the new coronavirus strain into Frankfurt airport. The infected woman was immediately sent to quarantine in the city.

Meanwhile, EU countries began receiving the Pfizer-BioNTech COVID-19 vaccine. Paris received its first tranche of the vaccine as it was delivered to the hospital with jabs set to be administered to an elderly home on Sunday.

European Union(EU) had announced earlier that vaccination across the continent will begin from December 27, after Christmas and Boxing Day celebrations which have mainly been subdued with several countries under partial lockdown with strict stay-at-home measures in place.

The vaccine sent to France is set to be delivered to an elderly care hospital in Sevran, outside Paris and old-age care home in Dijon, eastern France.

France had reported the new strain of the virus on Friday. The country has been hit hard with the virus reporting over 62,000 coronavirus fatalities.

The vaccines began arriving in Italy as well which was the hardest hit nation with the virus in the March-June even as Italian authorities detected the new strain in a patient in Rome.

WHO reported that the new strain was detected in Denmark and the Netherlands.