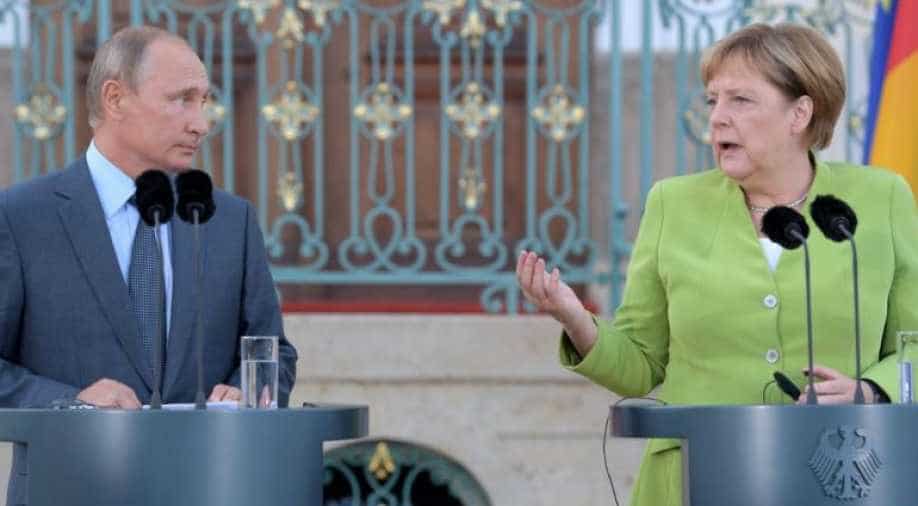 Kremlin expressed "regret" over the development, reiterating that it "remains interested in establishing working relations between Moscow and Brussels."

After the European Union rejected a proposal to conduct summit talks with Vladimir Putin, German Chancellor Angela Merkel, who was instrumental in forwarding the proposal, said "a sovereign EU" should talk with the Russian president.

"The president of the US met for a serious talk with Vladimir Putin, which I did not have the impression was a reward for the Russian president," the German Chancellor said at a press conference.

"A sovereign EU, in my opinion, should also be able to represent the interests of the EU in such a similar conversation," Merkel added.

France, which had backed the German proposal, said that Europe must speak at a "high level" with Russia.

Merkel said a "bolder step" was needed even as Lithuanian President Gitanas Nauseda said there was "aggressive forms" in Russia's behaviour.

Kremlin expressed "regret" over the development, reiterating that it "remains interested in establishing working relations between Moscow and Brussels."

The move set by Merkel and Macron was put in motion in the backdrop of the Biden-Putin summit at Geneva last week. The two leaders had a face-to-face discussion on various contentious issues including cyberattacks, the Navalny row and allowing each other's ambassadors to take up their posts in Moscow and Washington.

The proposed talks with Putin was resisted by eastern European countries in the 27-nation bloc who are fearful of Russia's aggression.

The last EU summit with Russia had taken place in January 2014 shortly before Putin's regime annexed Crimea from Ukraine leading to sanctions.

Ukraine also opposed the idea of talks with Putin. Before the Putin-Biden summit, Ukraine President Zelensky had said he was interested in joining NATO amid tensions with Russia.