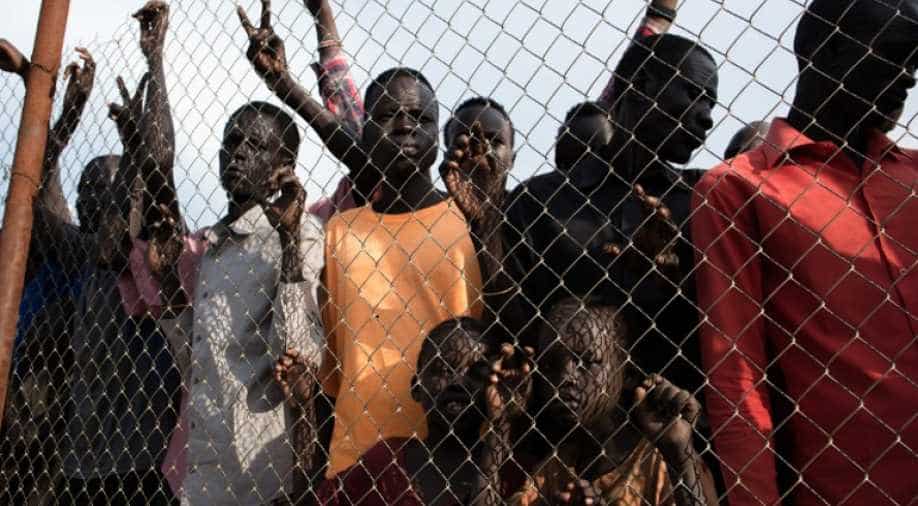 In a report issued two days before a deadline to form a unity government, the three-member commission looked into abuses from the signing of a peace deal in September 2018 to December 2019.

In a report issued two days before a deadline to form a unity government, the three-member commission looked into abuses from the signing of a peace deal in September 2018 to December 2019.

The panel delivered a damning indictment of "predatory and unaccountable elites" and the suffering of civilians after six years of conflict.

As President Salva Kiir and his rival Riek Machar met in Juba to discuss outstanding obstacles to the power-sharing government, the report slammed the process as beset with delays and bickering, and "lack of political will".

"Political elites remained oblivious to the intense suffering of millions of civilians for whom they were ostensibly fighting," it said.

"The Commission notes with grave concern that beyond climate-induced factors, both government forces and armed groups have pursued policies responsible for the starvation of the population in Wau and Unity State" in the north of the country.

"The denial of humanitarian access and displacement brought about by unlawful tactics have significantly exacerbated famine in different parts of the country, depriving hundreds of thousands of civilians of vital needs, including access to food."

During the period reviewed by the commission, some 6.35 million people -- 54 per cent of the population -- were facing severe hunger.

South Sudan's conflict broke out in December 2013 after a dispute between Kiir and his former deputy and longtime rival Machar.

The fighting has left some 380,000 dead and forced four million to flee their homes.

The September 2018 peace deal is the latest effort to end the conflict and push the two men to govern together -- an experiment which has twice previously ended in disaster.

Sticky issues of state borders and security arrangements remain with just two days to the deadline, which has already been pushed back twice.

However, even if the unity government is formed, the UN report highlights the massive challenges facing the country -- which only achieved independence in 2011 -- going forward.

Across the country, local ethnic conflicts far removed from the national peace process left 531 dead between February and May 2019 alone, and fighting continues today against holdout rebel groups in the Equatoria region, the report said.

Meanwhile, graft has robbed the state of precious resources.

"Corruption has made several officials extremely wealthy at the expense of millions of starving civilians," said the report, which found millions of dollars in tax collections had been diverted and disappeared.

Both the government and armed groups continued to recruit children during the period reviewed, with 19,000 children believed to be enlisted.

Additionally, some 2.2 million children did not attend school and 30 per cent of schools remain closed.