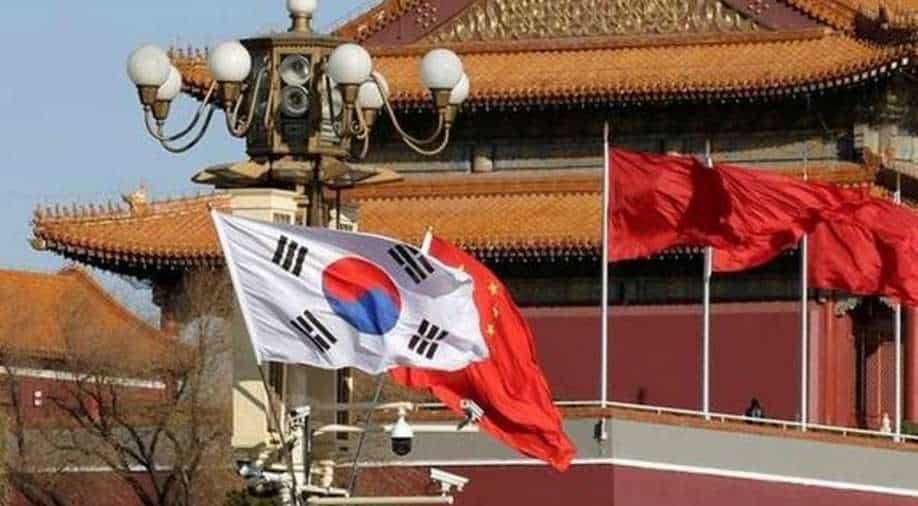 As of Thursday, some 163,890 people had signed a petition to the presidential Blue House asking for drama "Joseon Exorcist" to be pulled from channel SBS since the petition was launched on Wednesday.

As of Thursday, some 163,890 people had signed a petition to the presidential Blue House asking for drama "Joseon Exorcist" to be pulled from channel SBS since the petition was launched on Wednesday.

The drama, which began airing on Monday, is set in ancient Korea with historical figures as characters but is a "fantasy" depicting exorcism, according to a statement by SBS and the drama`s production companies.

It became the centre of controversy immediately after it depicted the third king of the Joseon dynasty (1392-1897) killing innocent people and the fourth, King Sejong, the creator of the Korean language, as a prince receiving a guest in a room with Chinese foods such as mooncakes.

Viewers claimed this was a "gross historical inaccuracy" and "inaccurate depiction of Chinese influence", according to the petition and posts about the drama on South Korea`s dominant search portal Naver.

Seo Kyoung-duk, professor at Sungshin Women`s University and "Korean PR" activist, noted in a social media post on Wednesday that the drama exacerbated Korean ire over recent Chinese claims that some aspects of Korean culture such as kimchi, a Korean side dish made with fermented cabbage, are of Chinese origin.

Companies such as telecom company KT and top soju maker HiteJinro were among the 24 firms to have pulled commercials, while regional governments involved with the drama`s filming have canceled agreements, newspaper Kookmin Ilbo reported.

"Korean dramas have already become global, and many around the world are watching... We shouldn`t show distorted history to overseas viewers," Seo wrote.

SBS and the drama`s production companies denied rumours of Chinese investment in the drama, saying in the statement that it was produced with Korean capital, and pledged to "completely modify" subsequent episodes with fictional characters and "edit and re-shoot the problematic parts as much as possible".