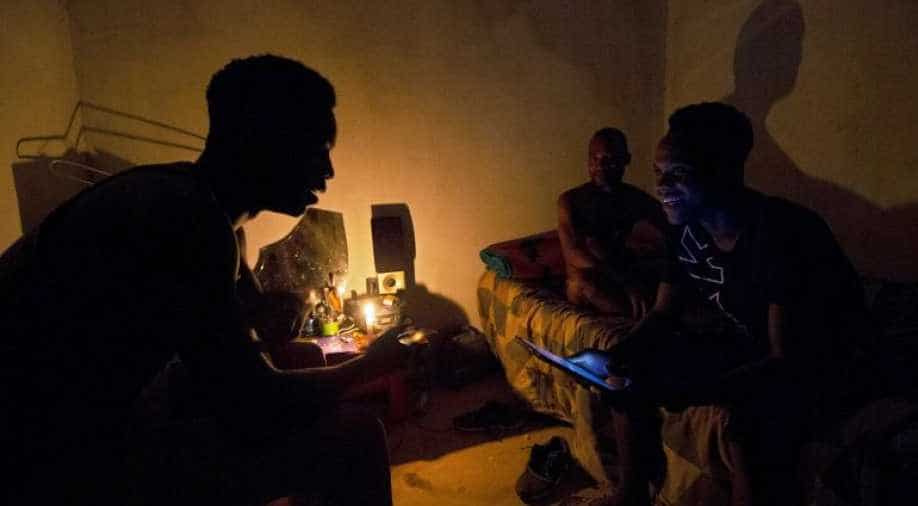 Harmony Gold, Impala Platinum, and Sibanye-Stillwater all said they had been forced to cut production since Monday owing to power shortages

Power blackouts in South Africa caused by flash flooding have shut down mining operations across the country, several mining companies said on Tuesday.

Harmony Gold, Impala Platinum, and Sibanye-Stillwater all said they had been forced to cut production since Monday owing to power shortages.

"There are very few underground mines that operated overnight and will be operating normally today," said a spokesman for the Minerals Council, an industry body.

Eskom said on Tuesday it planned more load-shedding a South African term for planned power cuts due to flooding that has interrupted coal-fired power generation, but added the crisis was manageable.

The losses to mining output a mainstay of South Africa's exports highlights the economic impact of the crisis at ailing state utility Eskom, which has been struggling to keep the lights on for more than a decade.

President Cyril Ramaphosa has made turning Eskom and other failing state firms around a cornerstone policy, but he faces opposition from unions and interests within his ruling African National Congress.

"The ongoing load shedding is devastating for the country causing our economy great harm and disrupting the lives of citizens," he said in a statement on Tuesday.

"The energy challenges in this country will not be resolved overnight."

On Monday the country suffered power cuts of up to 6,000 megawatts (MW) after heavy rain and flooding triggered failures at its 4,800 MW Medupi coal-fired plant.

Harmony Gold called off its underground shifts, saying it would resume as soon as Eskom could provide assurance power supply would be more reliable. Impala Platinum had shut production at its Rustenberg and Marula mines owing to power cuts that left it functioning at 20 per cent-30 per cent of normal power.

A spokesman for the platinum miner said: "We certainly can't risk any attempt at production with this level of power."

Sibanye-Stillwater shut all its deep-level mines on Monday but aimed to send miners back underground for the afternoon shift on Tuesday.

"The outlook for this week is to maintain load shedding because of the weather, because of the coal handling challenges that we've got. Also, we have a number of units on the unplanned breakdown that need to return," Eskom's chief operations officer Jan Oberholzer told eNCA news channel.

"We believe it is a manageable crisis," Oberholzer said. "Four thousand megawatts of the problem we had yesterday was due to flooding."

Problems at Eskom have been magnified by delays and cost overruns at two giant coal-fired plants, Medupi and Kusile, which were touted as a solution to power woes when construction began a decade ago.

South Africa's GDP shrank by 0.6 per cent in the third quarter, the second contraction this year, partly in response to uncertainty over power supply.

Its credit rating is teetering on the brink of junk because of its economic problems and the high cost of government bailouts of failing state firms. All credit rating agencies but Moody's have cut the country's rating to below investment grade.