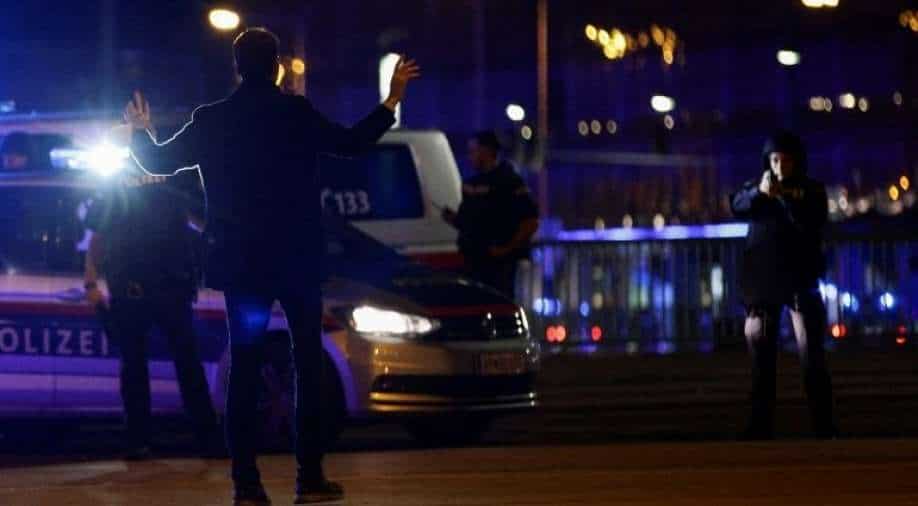 Take a look at eye eyewitnesses accounts of the ghastly act

At least five people were killed and over a dozen injured in what Austria describes as a "repulsive terror attack" in central Vienna on Monday. Police are pursuing a huge manhunt after terrorists attacked six locations. One of the suspected gunmen was killed and the search for at least one more assailant is underway.

Take a look at eye eyewitnesses accounts of the ghastly act.

"It sounded like firecrackers, then we realised it was shots," said one eyewitness as quoted by ORF. He added that one shooter had "shot wildly with an automatic weapon" before police stepped in and opened fire.

Jimmy Eroglu, a waiter, said, in the beginning, he felt as if there is a shooting of an American film or they had "drunk too much" as reported by news agency AFP.

But he later heard shots. "The police came in and said, 'you all have to stay inside because there's a probably a dead man there,'" the 42-year-old waiter said.

Laser aimed at the chest

Robert Schneider, who resides in central Vienna, went out only to found two lasers aimed at his chest.

"Hands up, take off your jacket," officers shouted at Schneider, the 39-year-old told said.

"We had seen nothing, heard nothing. We are in shock."