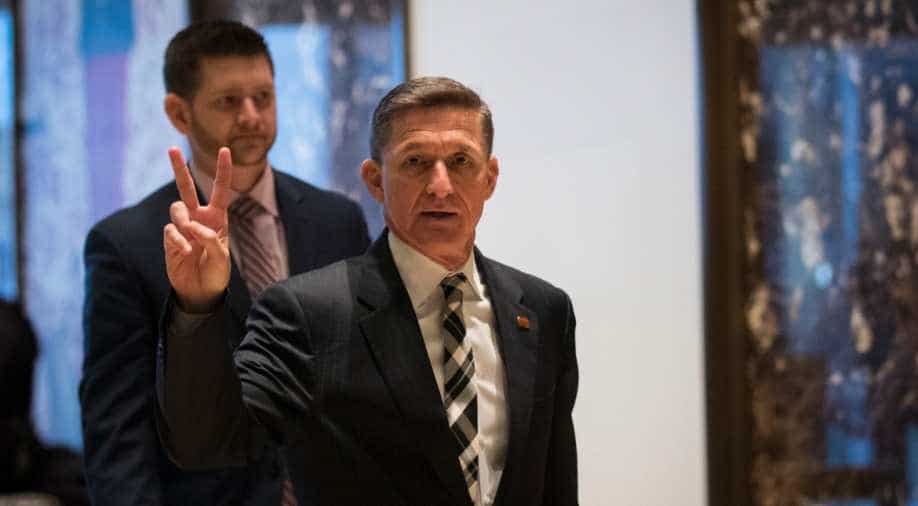 The son of Donald Trump's national security advisor, who has pushed wild conspiracy theories on social media, has been dismissed from the president-elect's transition team, vice president-elect Mike Pence confirmed on Tuesday.

"Mike Flynn Jr is no longer associated with general Flynn's efforts or with the transition team and we're focused eyes forward," Pence told CNN, saying the younger Flynn had been helping his father with scheduling and other administrative work.

Here's Pence on @Morning_Joe saying Flynn's son has no involvement in transition (he has a transition email address) https://t.co/SkZ7sKVDvu

The ouster of 33-year-old Michael G Flynn, son of retired lieutenant general Michael Flynn -- who was tapped last month for the powerful national security advisor role -- came after he made controversial and false statements about an armed man's weekend attack at a popular pizza restaurant in Washington.

Edgar Maddison Welch, 28, said he was investigating online "reports" that Comet Ping Pong was at the centre of a paedophile ring linked to defeated Democratic presidential candidate Hillary Clinton.

No one was hurt after Welch fired off a round from his AR-15. Police quickly arrested him, discovering two more weapons, and said he had told them he drove up from North Carolina to personally investigate "Pizzagate".

Still, Michael G Flynn tweeted that "Until #Pizzagate proven to be false, it'll remain a story." He also retweeted the comments of others promoting the fake stories about the restaurant.

Until #Pizzagate proven to be false, it'll remain a story. The left seems to forget #PodestaEmails and the many "coincidences" tied to it. https://t.co/8HA9y30Yfp

The incident raised serious questions about general Flynn himself. He had not commented publicly on the Comet incident, but in early November he tied Clinton to paedophile rings in a tweet of his own.

He has been accused of Islamophobia for writing "Fear of Muslims is RATIONAL", and responded to a CNN story critically by writing, "Not anymore, Jews", Politico reports.

Since August 9 general Flynn has spread at least 16 Fake News stories on his twitter, according to Politico. The conspiracies the general include Clinton being involved with children sex trafficking and that she has waged a secret war against the Catholic Church.

The "#spiritcooking" developed into "pizzagate" conspiracy theory involving the Comet Ping Pong, which puts forward that the Washington DC establishment --even the Clintons, Obama, media and law enforcement -- is involved with, or is at least covering up, a satanic plot to traffic in, sexually abuse and murder children, Politico reports.