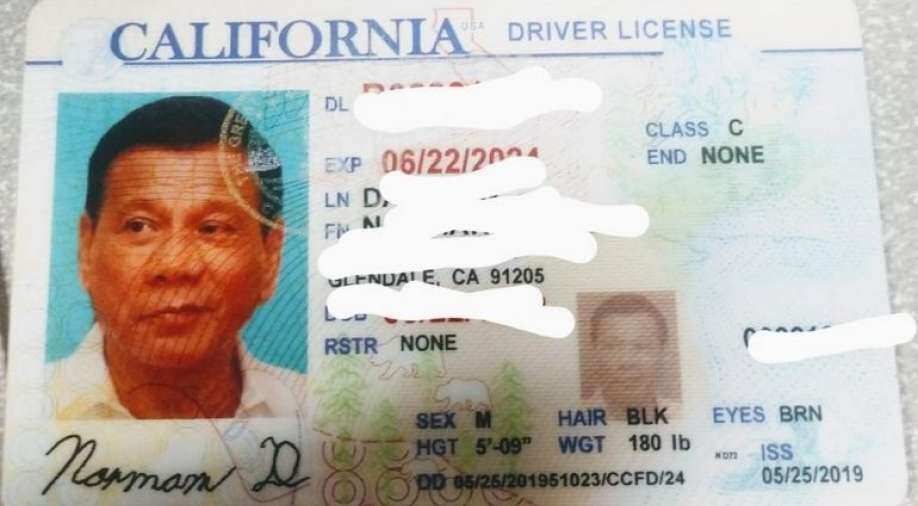 People often ask each other 'if you could be anyone, who would you be?'. A Los Angeles man has decided he would rather be the Philippine President than carry his own identity — at least for official purposes.

Internet was left in fits of laughter after the Los Angeles Police Department (LAPD) tweeted the photo of a fake driver's license featuring a picture of Philippine President Rodrigo Duterte.

"Vice Officers recognized the picture used on a fake ID, to be that of the President of the Philippines," LAPD tweeted. "Good thing our Officers patrol Historic Filipino Town and are up to speed. Nice try."

Vice Officers recognized the picture used on a fake ID, to be that of the President of the Philippines. Good thing our Officers patrol Historic Filipino Town and are up to speed. Nice try 😂🥊🇵🇭 💯@LAPDALopez @LabradaAl @LAPDHQ @TFALpodcast pic.twitter.com/YhGkn01BEx

The license is signed with the name Norman D, who is reportedly 180lbs heavy, with brown eyes, black hair and 5.09ft, as per the license. LAPD censored all other information from the identity proof.

That’s actually very witty 😂😂 gotta give them one for their humor ... wonder if there r " extra “ charges for impersonating a country’s leader?

Arrest that guy in the picture!

A for effort and an F for execution

Man this is hilarious lol 🤣

Some users also appreciated the police officer's quick wit and general knowledge. The leader had also recently been in news for demanding the US to pay money to his government in exchange for the Philippines letting the US station their troops on the Philippines ground.