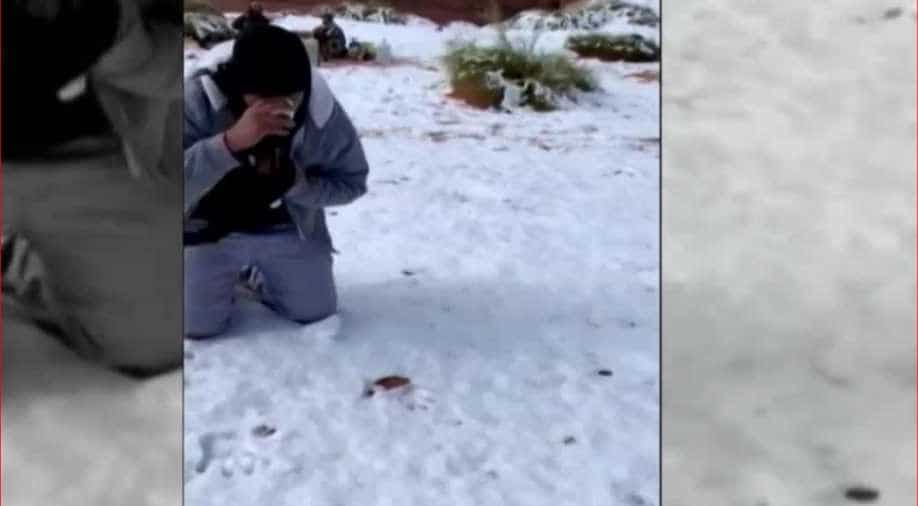 According to reports, Saudi Arabia's mountainous region Tabuk has been hit by a snowstorm.

Awe-inspiring pictures and videos of snow-blanketed regions in Saudi Arabia are doing the rounds on social media and are going viral.

According to reports, Saudi Arabia's mountainous region - Tabuk in particular - have been hit by a snowstorm. Parts of Lebanon and Syria also experienced snowstorms while hail was reported in parts of Egypt.

There was a forecast of Middle Eastern regions like Dubai and Doha to receive around 150mm of rainfall when they usually record around 70mm of rainfall for the whole year.

Earlier this week, Israel witnessed heavy rainfall that led to flooding in its border areas with Lebanon to the Negev desert. At least five people have been killed in Israel due to rising floodwaters, local media reported.