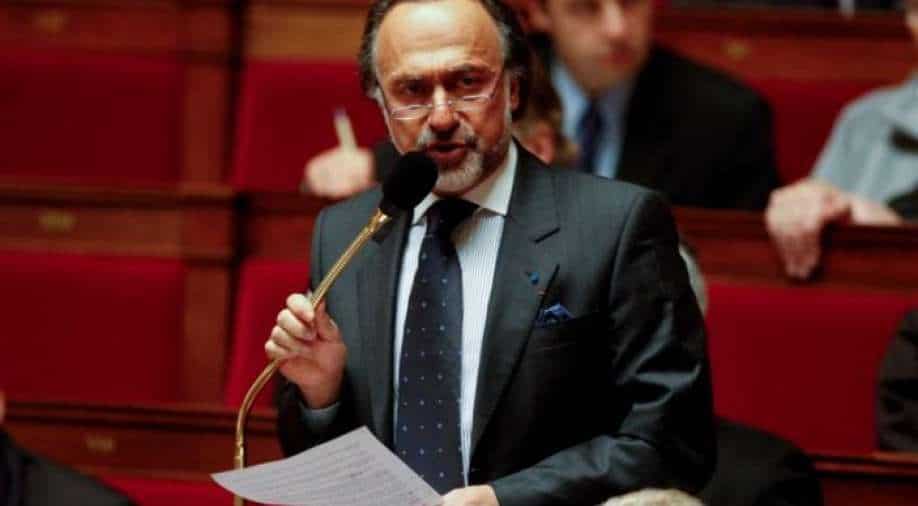 Olivier Dassault was the president of strategy and development of the family-controlled aerospace and software conglomerate Dassault Aviation Group, which builds warplanes including the famed Rafale and business and military jets.

French billionaire politician Olivier Dassault died in a tragic chopper crash on Sunday. Soon after the report of his news broke, French President Emmanuel Macron expressed his condolences and called his tragic death "a great loss."

"Olivier Dassault loved France. A captain of industry, lawmaker... during his life, he never ceased to serve our country. His sudden death is a great loss. Thoughts on his family and loved ones," Macron tweeted. 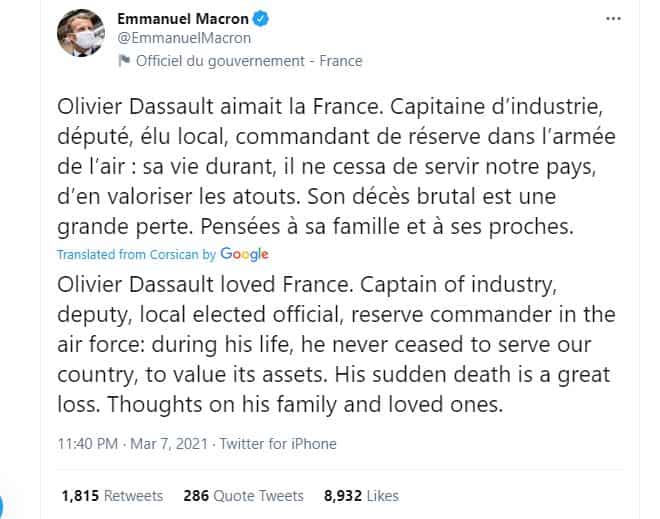 Aged 69, Olivier Dassault died Sunday in a helicopter crash in the northern French town of Touques, in the Normandy region. The pilot is also killed.

Olivier Dassault was the president of strategy and development of the family-controlled aerospace and software conglomerate Dassault Aviation Group, which builds warplanes including the famed Rafale and business and military jets.

He was elected to the National Assembly - France's lower house of parliament - in 2002 and represented the Oise area of northern France.

The MP was estimated to be the 361st richest man in the world.

They were involved in the New Generation Fighter developed within the joint European program FCAS (Future Combat Air System), designed and built the Rafale multirole fighter, capable of handling all types of missions for both air forces and naval air arms, and designed the nEUROn combat drone. They also have the Falcon family of business jets in their arsenal.

The Dassault family has one of the greatest fortunes in France. Dassault Group owns Dassault Aviation, an international manufacturer of military and business jets, and Group Figaro, a French media conglomerate.

Many of Dassault's colleagues on the political right also paid tribute to the son of Serge Dassault and grandson of Marcel Dassault, who built up one of the biggest family fortunes in France.