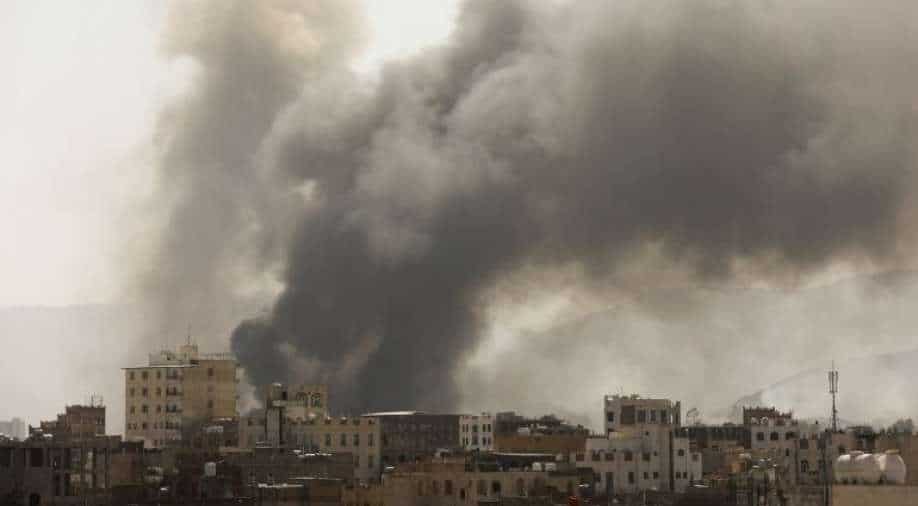 A Houthi telecommunication system has been destroyed by the Saudi-led coalition (representative image). Photograph:( Reuters )

A Houthi telecommunication system, which was used to control drones, has been destroyed by the Saudi-led coalition, Saudi State TV reported on Monday.

The coalition is fighting in Yemen against the Iran-backed Houthis. It had earlier asked the civilians in Yemeni ministries in the capital Sanaa to evacuate immediately.

A ground station for satellites was targetted in the bombing. It is in the vicinity of the telecommunication ministry in northern Sanaa, the residents told Reuters.

Later, Houthi-run TV Al Masirah reported on Monday that a coalition attack targetted the telecommunication ministry. It destroyed the TeleYemen telecoms company building and damaged a neighbouring one too.

Houthis use ministry headquarters to "launch hostile operations", the coalition earlier said. As a response, a site, which was linked to the latest attack on Saudi Arabia's Abha international airport, would be destroyed, it said.

In the Houthi drone attack, 12 people were injured at the airport on Thursday.

In seven-year conflict, Houthi forces have sent drones and fired missiles into Saudi Arabia. It recently fired missiles at the United Arab Emirates capital too.

The Saudi-led coalition has been retaliating with air strikes inside Yemen.

In 2015, the coalition intervened in Yemen when the Houthis ousted the internationally recognised government.