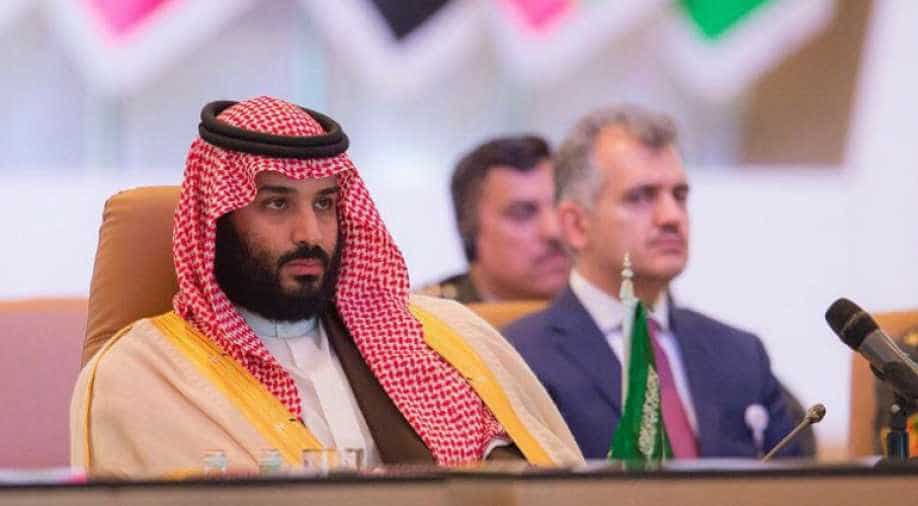 Saudi Arabia's crown prince agreed on Tuesday there must be a thorough investigation into the disappearance of journalist Jamal Khashoggi, the United States said, after media reports that Riyadh will acknowledge his death in a botched interrogation.

Khashoggi, a US resident and leading critic of the crown prince, vanished after entering the Saudi consulate in Istanbul on October 2. Turkish officials say they believe he was murdered there and his body removed, which the Saudis strongly deny.

Overnight, Turkish crime scene investigators entered the consulate for the first time since Khashoggi's disappearance and searched the premises for more than nine hours.

US President Donald Trump, who dispatched Secretary of State Mike Pompeo to Riyadh amid strained ties with its close ally, speculated that "rogue killers" may be responsible.

He and Prince Mohammed "agreed on the importance of a thorough, transparent, and timely investigation", US State Department spokeswoman Heather Nauert said in Washington.

"The Secretary reiterated the President's concern with respect to Jamal Khashoggi's disappearance, as well as the President's desire to determine what happened," she said.

Pompeo is expected to go on to Turkey after dinner with the crown prince.

In Istanbul, Turkish investigators were expanding their search to include the residence of the Saudi consul and consulate vehicles, Foreign Minister Mevlut Cavusoglu said.

Turkish President Tayyip Erdogan raised the possibility that parts of the consulate had been repainted since Khashoggi disappeared.

"The investigation is looking into many things such as toxic materials and those materials being removed by painting them over," he told reporters.

A Turkish security official said no conclusive evidence emerged from the overnight search that indicated Khashoggi was killed in the consulate.

"However, there are some findings and they are being worked on," he said, adding that painting may have damaged some evidence. "These can't be fully erased after all, so the teams will continue to work on this."

Despite the outcry, the case poses a dilemma for the United States, Britain and other Western nations. Saudi Arabia is the world's top oil exporter and spends lavishly on Western arms. It is also a military ally and an opponent of Iran.

Riyadh has also faced criticism from some Western politicians and human right groups over the civilian casualties its war planes have caused in the war in Yemen, in which it intervened three years ago.

Trump has threatened "severe punishment" if it turns out Khashoggi was killed in the consulate, but ruled out cancelling arms deals worth tens of billions of dollars.

Indicating unease over the Khashoggi case, international media and business executives are pulling out of an investment conference next week.

HSBC CEO John Flint joined the list on Tuesday, as did the CEOs of Standard Chartered and Credit Suisse. Dutch Finance Minister Wopke Hoekstra told the Dutch parliament he most likely would not attend.

Saudi Arabia has said it would retaliate against any pressure or economic sanctions.

CNN said on Monday that after denying for two weeks any role in his disappearance, Saudi Arabia was preparing to say he died in a botched interrogation.

The New York Times said Prince Mohammed had approved an interrogation or abduction of Khashoggi and the government would shield him by blaming an intelligence official. Saudi authorities could not be reached for comment.

Turkish authorities have an audio recording indicating that Khashoggi was killed in the consulate, Turkish sources have told Reuters, and shared evidence with countries including Saudi Arabia and the United States.

The Turkish team that searched the consulate took away soil samples and a metal door from the garden, a Reuters witness said, but a senior official acknowledged the difficulty of collecting evidence 13 days after the incident.

Khashoggi moved to Washington last year fearing retribution for his criticism of Prince Mohammed, who has cracked down on dissent with arrests.

Many members of the U.S. Congress, which has long had a testy relationship with Saudi Arabia, have issued strong criticism of the kingdom.

Republican Senator Lindsey Graham, describing himself as a long-time supporter of Riyadh, called Prince Mohammed "a wrecking ball" and accused him of Khashoggi's killing.

The Saudi riyal, rebounded early after falling to its lowest in two years over fears that foreign investment could shrink. Saudi stock index initially dropped 3 percent before recovering to gain 1.3 percent.