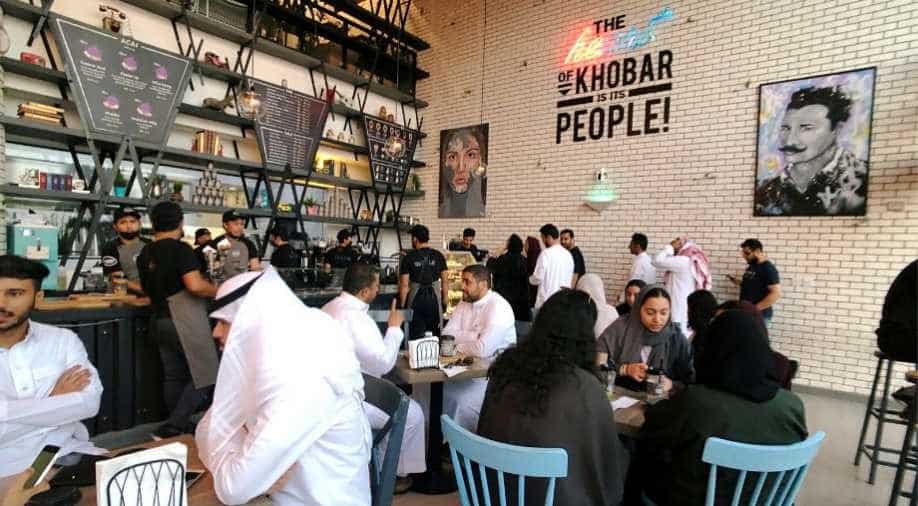 Unrelated men and women have for decades been barred from mixing in public places under strict social rules once enforced by hardline clerics and the religious police.

Restaurants in Saudi Arabia will no longer need to maintain entrances segregated by sex, the authorities said on Sunday, further eroding some of the world's strictest social rules as sweeping reforms take hold.

Previously, Saudi Arabia required all restaurants to have one entrance for families and women, and another for men on their own. The ministry of municipalities and rural affairs announced on Twitter this would no longer be mandatory.

Unrelated men and women have for decades been barred from mixing in public places under strict social rules once enforced by hardline clerics and the religious police.

But Crown Prince Mohammed bin Salman has brought the religious establishment to heel -- partly by arresting critics -- and eased other restrictions, including bans on women driving and public entertainment.

Segregation has quietly eased over the past year or so, as eateries, cafes, conference centres and concert halls stopped strictly enforcing it.

A spokesman for the ministry contacted by Reuters did not specify whether segregated seating areas inside restaurants would also be eliminated. The new rules are not compulsory, meaning restaurants could still maintain separate entrances if owners choose to do so, he said.

There was no announcement of changes to other public establishments, such as schools and hospitals, which appear likely to remain segregated for now.

Saudi Arabia, one of the world's most gender-segregated nations, has also been chipping away at a guardianship system which requires all women have a male relative's approval for important decisions, though some key restrictions remain.

Social openness has been accompanied by a crackdown on dissent that has seen the arrests of dozens of clerics, intellectuals and activists, including women who had campaigned for some of the freedoms that have lately been granted.

It has also raised concerns about a possible backlash by conservatives, though there has so far been little concrete pushback.

The crown prince, 34, is the heir to the Saudi throne and de facto ruler. If and when he replaces his father, King Salman, he would be the first Saudi monarch from a new generation after a succession of six brothers that have ruled since 1953.

Prince Mohammed's reputation in the West as a bold reformer suffered after the murder of US-based Saudi journalist Jamal Khashoggi, who was killed by Saudi agents last year inside the kingdom's Istanbul consulate.