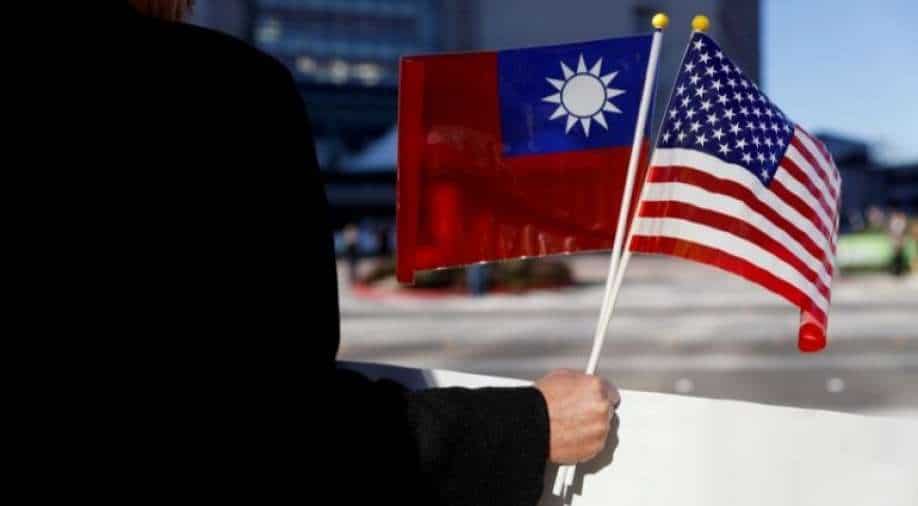 Flags of Taiwan and the United States Photograph:( Reuters )

The photos, taken from above the Longtian, Huian, and Zhangzhou bases, show the development of storage bunkers, enlarged aprons, and new administrative buildings.

According to the South China Morning Post, three sites in Fujian province have been renovated or fortified and will offer air combat assistance to China's air force.

Images were released after the People's Liberation Army air force flew 149 flights into Taiwan's air defence identification zone (ADIZ) from October 1 to 4, a record amount in the face of growing tensions between China and Taiwan.

The photos, taken from above the Longtian, Huian, and Zhangzhou bases, show the development of storage bunkers, enlarged aprons, and new administrative buildings. 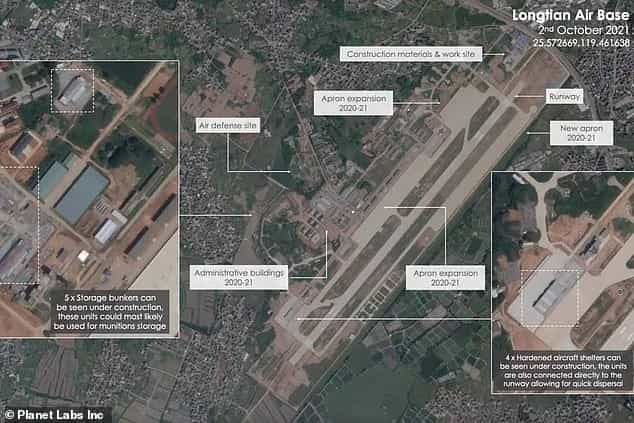 The images, obtained by Planet Labs and initially released by the United States automobile and military website The Drive, reveal that building work at the sites, where the majority of the infrastructure dated back to the 1980s, began in early 2020 and lasted throughout the epidemic.

The Longtian airbase has been enlarged and modified to accommodate air defence installations.

At least five storage bunkers are being built, as well as additional administration facilities.

China has deployed a record number of aeroplanes to the island's air defence identification zone, 148 in only the last week, as part of its effort to increase military intimidation of the self-ruling democracy and test its air defences.