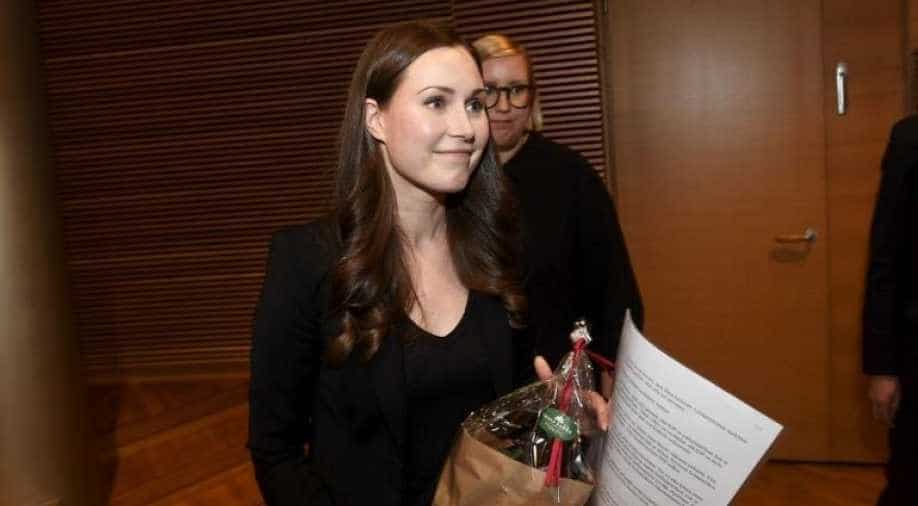 Marin has not just become the youngest female prime minister but the overall youngest head of government, ahead of Ukraine's Prime Minister Oleksiy Honcharuk, who is currently 35.

Marin has not just become the youngest female prime minister but the overall youngest sitting head of government, ahead of Ukraine's Prime Minister Oleksiy Honcharuk, who is currently 35.

"Oh, look, she needs no advice. This is ultimately one of those issues when people assume of course because you are young that you are not bringing experience and expertise to the table necessarily," Ardern said on Marin in an interview to Reuters on Wednesday.

Marin, a former transport minister, was considered as a tough, straight-talking operator during her five-year tenure (2012-17) as leader of the city council in her hometown of Tampere, when she was 27.

At 34, Marin became world's youngest prime minister when she is sworn by Finnish Parliament on Tuesday.

Ardern, 39, gained prominence during New Zealand's 2017 election and is now regarded as part of a new wave of young and progressive leaders that includes the likes of France's Emmanuel Macron and Canadian PM Justin Trudeau.

The message of New Zealand's prime minister, however, was in contrast with the advice shared by Malaysian Prime Minister Mahathir Mohamad, who at 94 is the oldest leader of a country.

"While we believe in the idealism of young people, it is important also for them to consider the experience of the old people," Mahathir said.