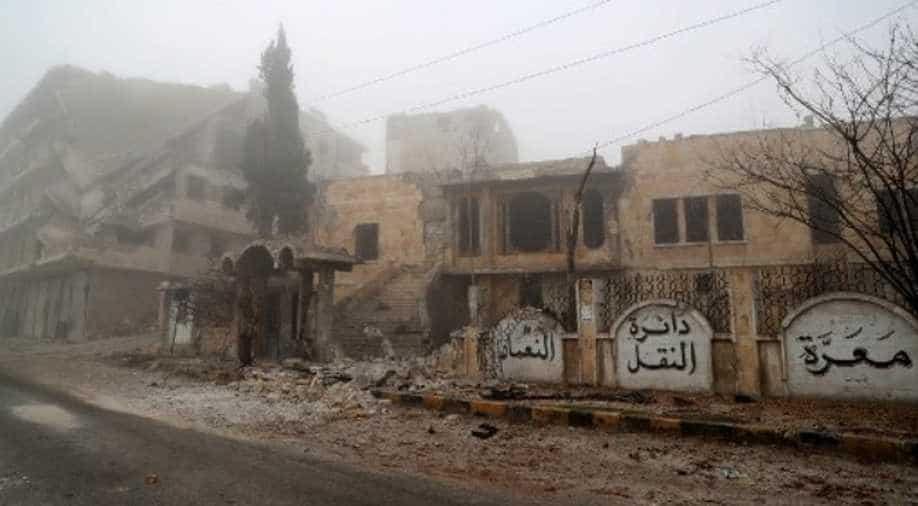 UN Secretary-General Antonio Guterres said he was alarmed by the 'scale of the military operation and reported attacks on evacuation routes'.

Civilians in Maarat al-Numan have been fleeing in large numbers as the fighting escalated in the last two weeks. The city is considered to be the last strong rebel outpost.

The United Nations said on Monday at least 30,000 people were killed in the past week with over 80,000 civilians feeling Idlib.

The Syrian army said it has seized 320 square kilometres in the past few weeks even as both civilian casualties have continued to increase.

UN Secretary-General Antonio Guterres said he was alarmed by the "scale of the military operation and reported attacks on evacuation routes".

Meanwhile, France and Turkey called for a halt in violence. France called for "an immediate de-escalation" with Turkey urging an "immediate" end to attacks.

"The military offensive by the Damascus regime and its allies is worsening the humanitarian crisis in Idlib," the French foreign ministry said.

Turkey's presidential spokesman Ibrahim Kalin said: "We are closely following the process for an end to the attacks, and these attacks should come to an end immediately and implemented under a new ceasefire, adding, "this is our main expectation from the Russian side."

"We are now waiting for (Russia) to begin efforts in the coming 24 hours for an end to the regime attacks in Idlib," Kalin added.

Major attacks were carried out in Jubass village in southern Idlib in which several civilians were killed.

UNICEF said in a statement that children were bearing the brunt of violence in northwest Syria.