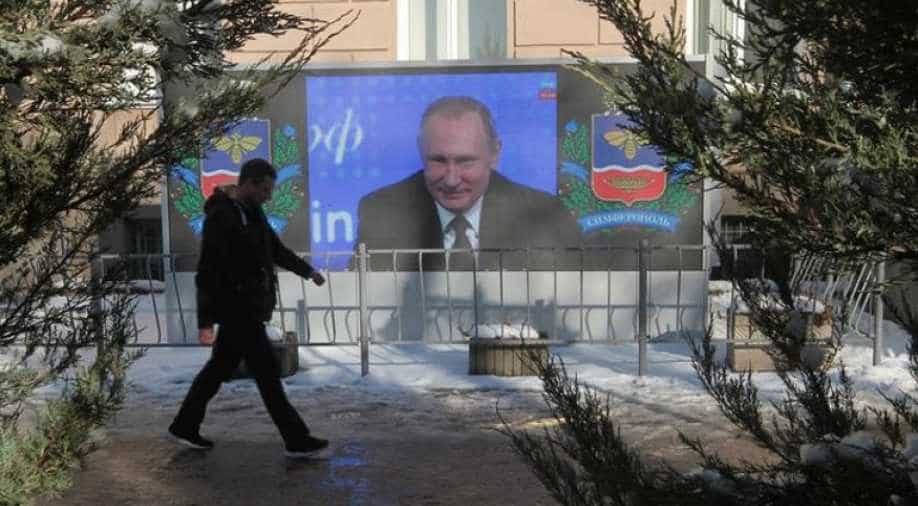 Russia says a March 2014 referendum legitimised its "incorporation" of?Crimea. Opponents of the referendum have been targeted by laws against terrorism, extremism and separatism, and some have been forcibly interned in psychiatric institutions, the report said.

Russia is committing "grave" human rights violations in Crimea, including its imposition of citizenship and by deporting prisoners, a U.N. human rights report said on Monday.

"Grave human rights violations, such as arbitrary arrests and detentions, enforced disappearances, ill-treatment and torture, and at least one extra-judicial execution were documented," the report said.

Russian authorities did not allow the U.N. investigation to enter the Crimean territory.

Russia occupied Crimea in 2014 and replaced Ukrainian laws with Russian laws, but its annexation has never been internationally recognised. The U.N. General Assembly ordered the human rights investigation in December 2016.

"Imposing citizenship on the inhabitants of an occupied territory can be equated to compelling them to swear allegiance to a power they may consider as hostile, which is forbidden under the Fourth Geneva Convention," U.N. human rights chief Zeid Ra'ad al Hussein said in a statement.

Russia had also broken international law by transporting detainees and prisoners from Crimea to Russia, the report said.

When it occupied Crimea, Russia automatically recognised all Ukrainians on the peninsula as Russian citizens, unless they sent a written rejection.

As of May 2015, about 100,000 people, about 4 percent of Crimea's population, did not have Russian citizenship, the report said, citing a Russian official.

About 19,000 people - mainly civil servants wanting to keep their jobs under Russia's de facto rule - were effectively forced to renounce their Ukrainian citizenship, the report said.

Russia says a March 2014 referendum legitimised its "incorporation" of Crimea. Opponents of the referendum have been targeted by laws against terrorism, extremism and separatism, and some have been forcibly interned in psychiatric institutions, the report said.

Many media outlets have been shut down and all Crimea's 22 congregations of Jehovah's Witnesses have been effectively outlawed, the report said.

Education in Ukrainian has almost disappeared and Russia has banned the Mejlis, a body representing Crimean Tatars, whose members have been subjected to intimidation, house searches and detention, the report said.

Russia is a veto-wielding member of the U.N. Security Council, which means it can block any attempt to hold it to account.

But Fiona Frazer, head of the U.N. office in Ukraine that produced the report, said it was important to document what was happening in Crimea so that victims could record the human rightsviolations they were facing and try to ensure justice and accountability.

Tibet is our internal affair, never restricted access to foreigners, says China over US visa row