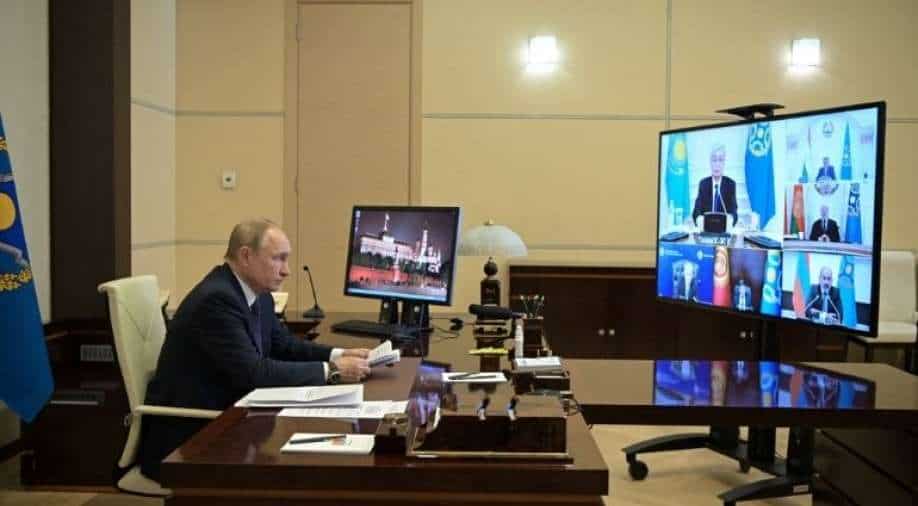 More than 160 people were killed and 5,000 arrested in the violence that shook Kazakhstan over the past week, according to officials.The interior ministry, quoted on Sunday by local media, said initial estimates put property damage at about 175 million euros ($198m). More than 100 businesses and banks were attacked and looted and about 400 vehicles destroyed, it added.

By video link, he assured the leaders of the Russian-led Collective Security Treaty Organisation that the deployment of CSTO forces had stopped armed groups from undermining Kazakhstan's power structure.

Also read | Kazakhstan unrest: What sparked the protests and how they will affect global geopolitics

"Of course, we understand the events in Kazakhstan are not the first and far from the last attempt to interfere in the internal affairs of our states from the outside," Putin said.

Almost 8,000 people have been arrested around the country after protests sparked by an increase in fuel prices evolved into the country's worst unrest in its 30 years of independence.

"The measures taken by the CSTO have clearly shown we will not allow the situation to be rocked at home and will not allow so-called 'colour revolutions' to take place," he said, referring to several popular ex-Soviet uprisings in the last two decades.

During large anti-government protests last week, thousands of people were detained and numerous public buildings were set on fire.

He stated that the CSTO contingent would be withdrawn after their duty was completed and Kazakh President Kassym-Jomart Tokayev determined that they were no longer required.

Putin made the remarks during a speech by Tokayev, whom he commended for his bravery.

Order had been restored, but the hunt for "terrorists" was still ongoing, according to the Kazakh leader.

"The threat to Kazakhstan's statehood arose not because of spontaneous protests and rallies concerning fuel prices. It is because destructive internal and external forces took advantage of the situation, " Putin said.