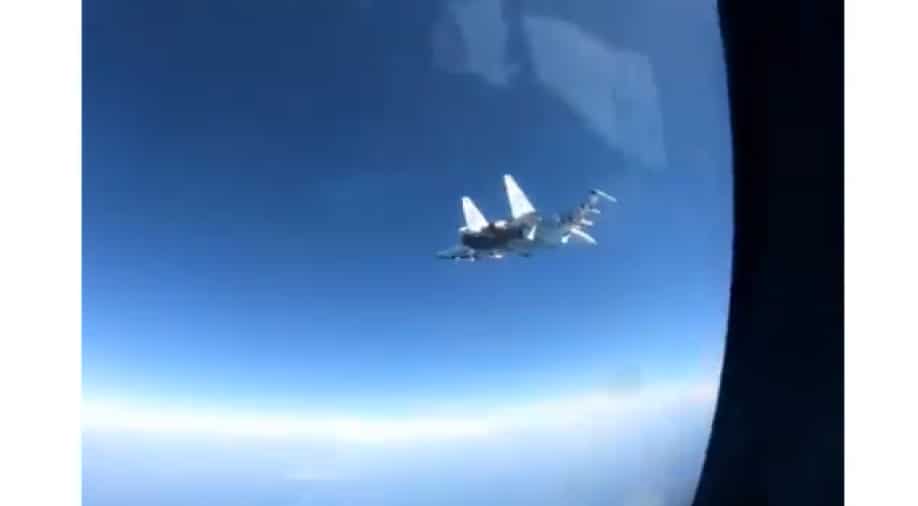 The US Army announced that the Russian jet, incompatible with good airmanship and universal flight rules, came within 25 feet of the P-8 while flying in international airspace.

A Russian fighter jet conducted an unsafe intercept of a US aircraft -- an American P-8 reconnaissance plane -- over the Mediterranean Sea, on Sunday.

The US Army announced that the Russian jet, incompatible with good airmanship and universal flight rules, came within 25 feet of the P-8 while flying in international airspace.

The jet twice came too close to the P-8 over a period of 100 minutes, officials with the US Navy’s 6th Fleet said.

The second intercept was determined to be unsafe and unprofessional, exposing the P-8 to wake turbulence and jet exhaust.

The US Navy accused the Russian pilot of "seriously jeopardising the safety of flight of both aircraft."

BREAKING: Another unsafe #Russian 🇷🇺 intercept of 🇺🇸 @USNavy P-8 in international airspace above #Mediterranean Sea! The Russian aircraft got within 25 feet of the P-8, putting both crews in harm’s way. We expect nothing less than professional & safe interactions!@USEmbRuPress pic.twitter.com/gDdcQQRkOi

The incident was captured on video.

This follows Wednesday's incident when, the Navy accused, another Russian jet of a similar “unsafe” high-speed maneuver cut across the nose of another American P-8 while flying upside down.

"The Russian SU-35's intercept lasted 42 minutes. The US P-8A Poseidon aircraft was operating consistent with international law and did not provoke this Russian activity," the US Navy had then said.

This week, the US Navy also had an unpleasant run-in with Iran's Islamic Revolutionary Guard Corps Navy.