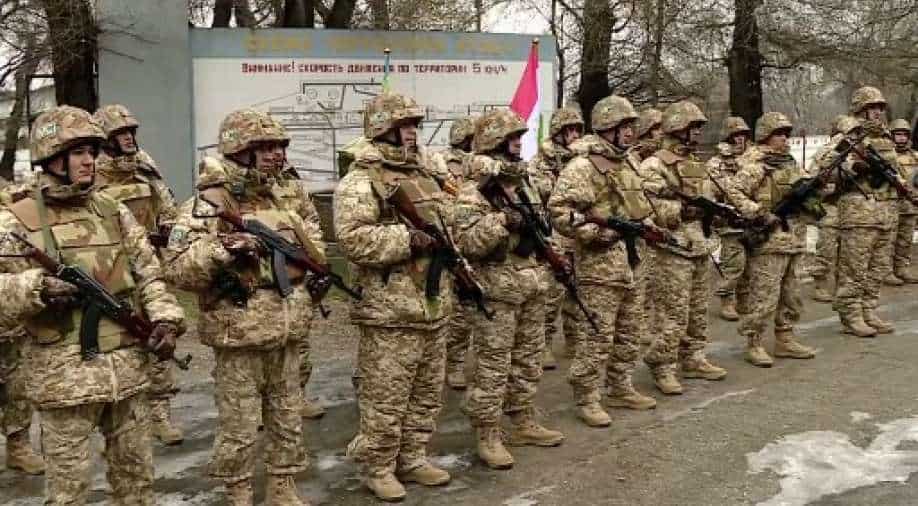 Kazakh President Kassym-Jomart Tokayev had earlier given shoot-to-kill orders against protesters as the demonstrations turned violent.

Russian troops began withdrawing from Kazakhstan after being deployed there to maintain order amid violent protests in the country.

Kazakh President Kassym-Jomart Tokayev had earlier said the withdrawal of Russian Collective Security Treaty Organization (CSTO) peacekeeping troops will begin on January 13. Tokayev admitted the presence of Russian troops had played a key role in "stabilising the situation" in the country.

The Kazakh president had branded the protesters as "terrorists". The protests had erupted earlier this month as demonstrators ransacked government buildings in Almaty with several fatalities reported as Tokayev moved to request the Russia-led CSTO for help.

Tokayev criticised the business groups blaming them for doing "everything for friends" amid reports of rising inequality in the country and blamed the country's security apparatus for not being able to assess the threat.

Tokayev had sacked Karim Masimov the former head of the National Security Committee (NSC) as the protests turned violent.

Russian President Vladimir Putin said the protests were foreign-backed as the peacekeepers began making plans for a phased pullout.

Tokayev had earlier given shoot-to-kill orders as the situation began to escalate. There were at least 164 reported deaths during the protests.