The Kazakhstan unrest began as protests against the rising price of liquefied petroleum gas, a fuel used by the poor to power their cars. But it has quickly spread into broader anti-government riots, feeding off deep-seated resentment over three decades of rule by Nazarbayev and his successor.

Take a look at some pictures from the protests: 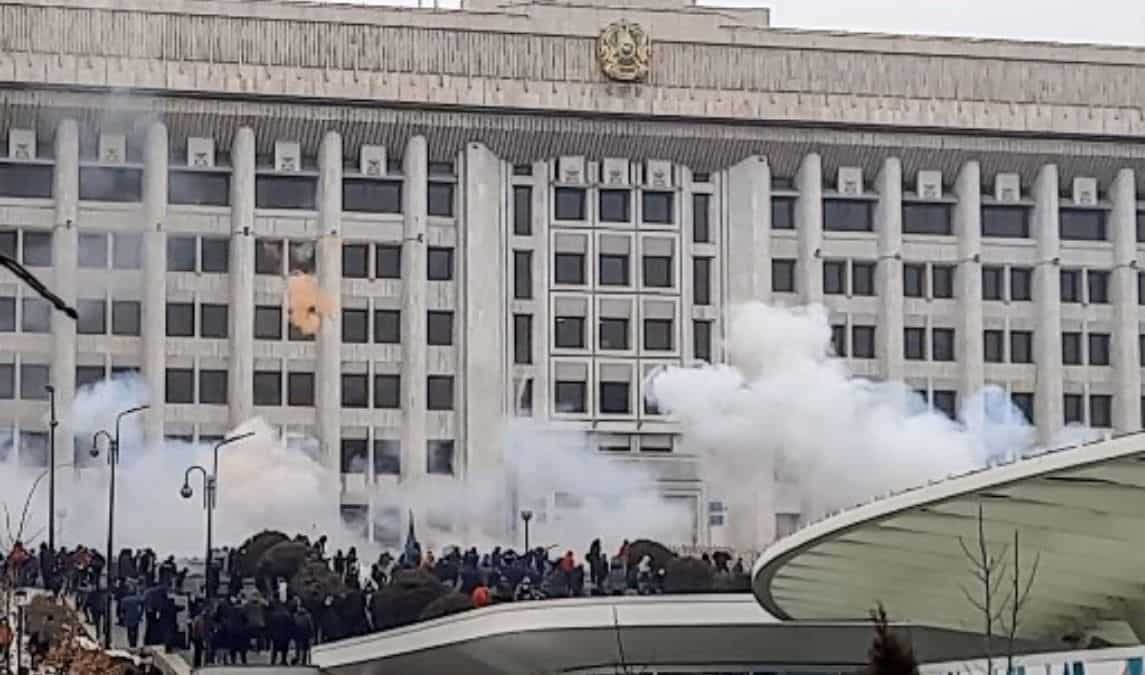 Police said they had killed dozens of rioters in the main city Almaty. State television said 13 members of the security forces had died, including two who had been decapitated.

Journalists in Almaty said a presidential residence and the mayor's office were both ablaze. By Thursday afternoon, the city's airport, seized earlier by protesters, was under the firm control of military personnel. Burnt out cars littered the streets.

The interior ministry said Thursday it had detained about 2,300 people.

Officials said more than 1,000 people had been wounded in the unrest, with nearly 400 admitted to hospital and 62 in intensive care. 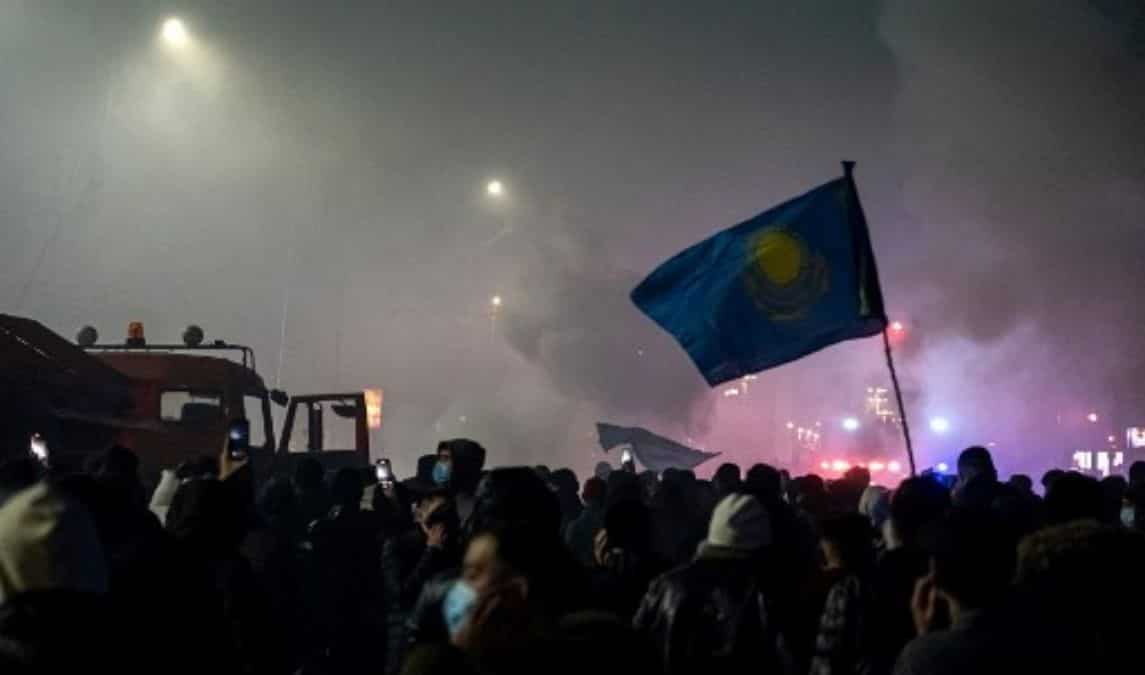 Internet had been shut down across the country and the full extent of the violence was impossible to confirm. But the unrest was unprecedented for Kazakhstan, ruled firmly since Soviet times by leader Nursultan Nazarbayev, 81, who had held on to the reins despite stepping down three years ago as president. Several armoured personnel carriers and scores of troops had entered the main square of Almaty on Thursday morning, and gunshots could be heard as troops approached the crowd.

Nazarbayev's hand-picked successor, President Kassym-Jomart Tokayev, called in forces from ally Russia overnight as part of a Moscow-led military alliance of ex-Soviet states. He blamed the unrest on foreign-trained terrorists who he said had seized buildings and weapons.

"It is an undermining of the integrity of the state and most importantly it is an attack on our citizens who are asking me... to help them urgently," he said. 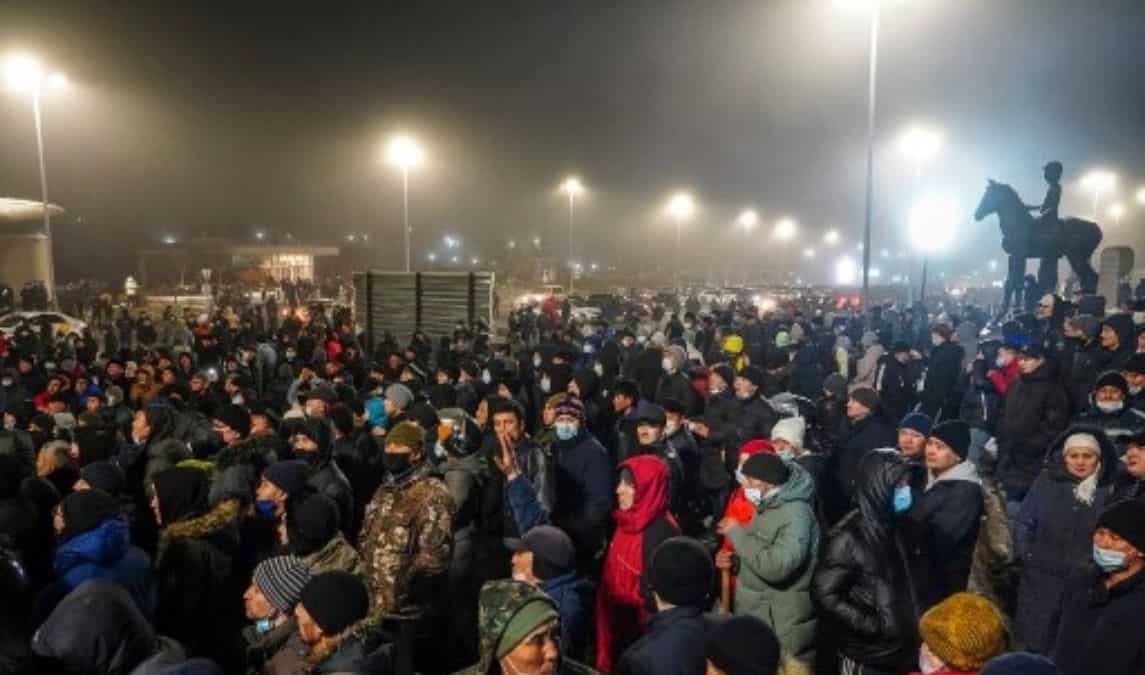 The reason behind this uprising

The uprising, which began as protests against a New Year's Day fuel price hike, had swelled dramatically on Wednesday, when the protesters stormed and torched public buildings. They chanted slogans against Nazarbayev, and in at least one case looped ropes around a bronze statue of him, trying to pull it down. 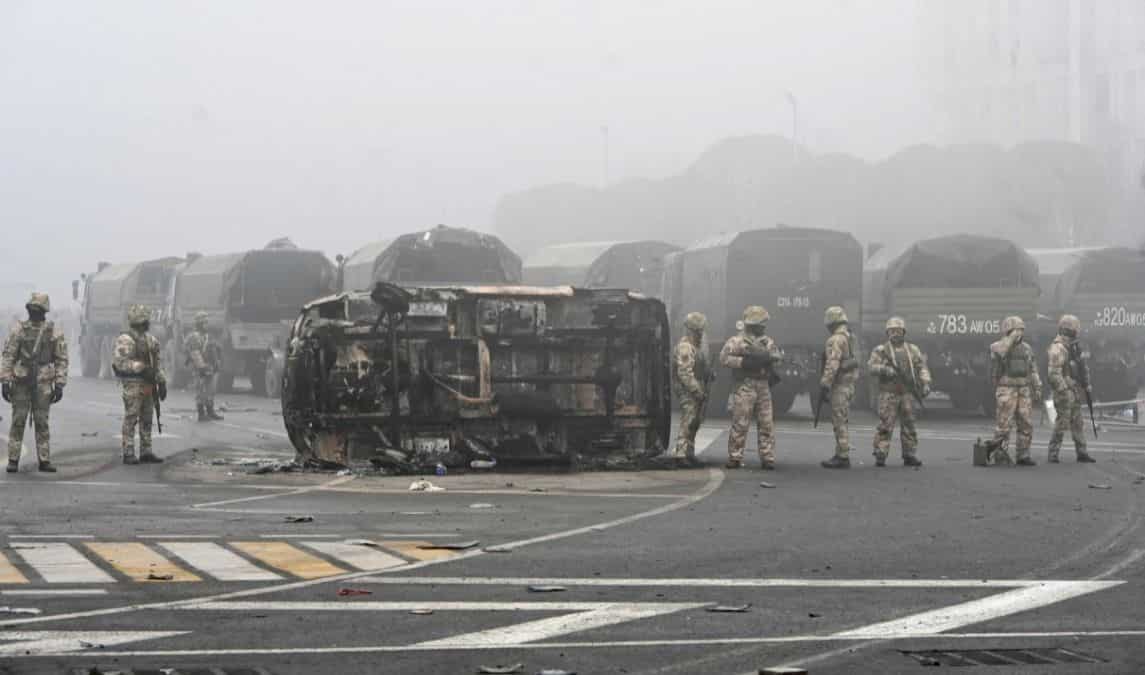 Tokayev initially responded by dismissing his cabinet, reversing the fuel price rise and distancing himself from his predecessor. He also announced he was taking over a powerful security post, Nazarbayev had retained.

But the actions appeared insufficient to mollify crowds who accuse the authorities of amassing huge wealth in oil and minerals while the nation of 19 million remained mostly poor.

TASS news agency quoted the Kazakh health ministry as saying more than 1,000 people had been injured during the protests, and more than 400 of them were in the hospital. 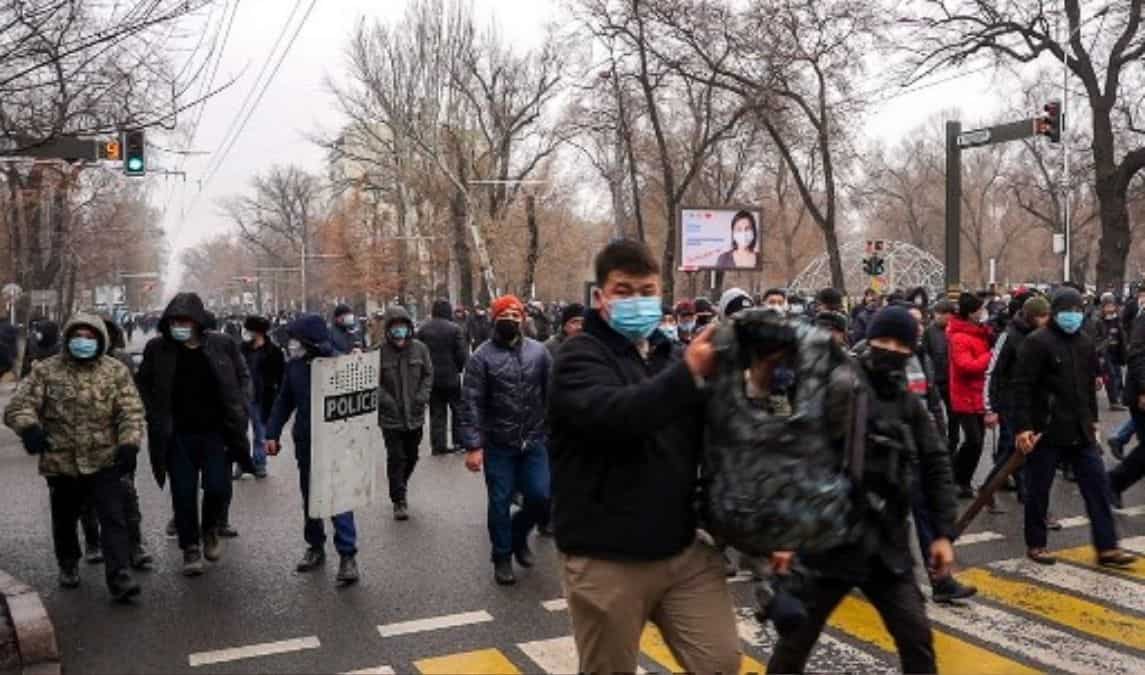 Western countries have called for calm. Neighbour China described the events as an internal matter for Kazakhstan and said it hoped the situation would stabilise soon.

The secretariat of the Russian-led Collective Security Treaty Organisation said troops being sent included units from Russia, Belarus, Armenia, Tajikistan and Kyrgyzstan. It did not disclose the overall size of the force.

Russian paratroopers were being transferred to Kazakhstan and "the advanced units of its contingent have already begun to fulfil their assigned tasks". 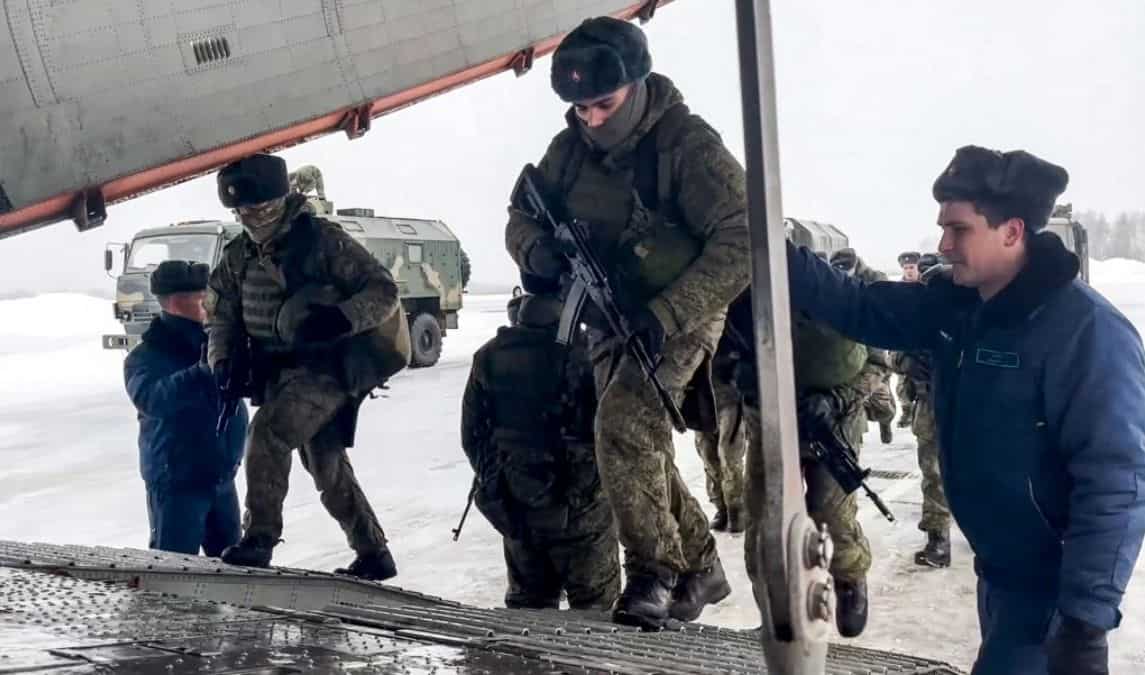 The first units of Russian forces from the Moscow-led peacekeeping force had arrived in Kazakhstan, the Russian defence ministry said, after Tokayev appealed for assistance on Wednesday.

It marked the alliance's first major joint action since its founding in 1999.

Russia said it saw the unrest as "an attempt inspired from outside to undermine the security and integrity" of Kazakhstan.