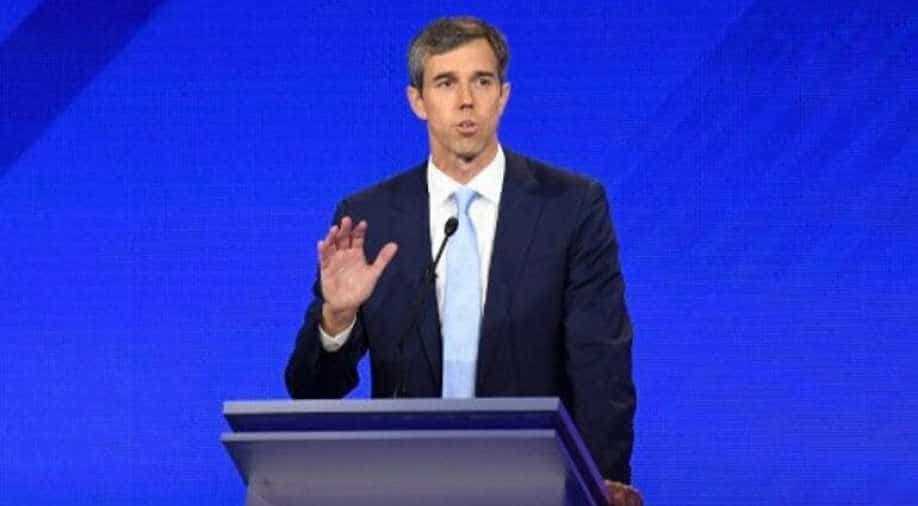 Republican lawmaker from Texas issued a barely veiled threat against Beto O'Rourke after the Democrat presidential hopeful said he would seize assault rifles behind many mass shootings in the country.

O'Rourke had been asked if he favored confiscating assault weapons, one of which was used to kill 22 people at a Walmart store in his home town of El Paso, Texas on August 3.

"I am, if it's a weapon that was designed to kill people on the battlefield," O'Rourke replied.

"When we see that being used against children, Hell yes, we're going to take your AR-15, your AK-47. We're not going to allow it to be used against our fellow Americans anymore."

O'Rourke won plaudits for his strident response and some unwanted attention on social media.

"This is a death threat, Representative. Clearly, you shouldn't own an AR-15 and neither should anyone else," he replied to Cain's tweet, which his campaign said had been reported to the FBI.

Cain's tweet was later removed by Twitter as a violation of its rules on making threats, while O'Rourke began selling t-shirts saying "Hell yes, we're going to take your AR-15."

Fight over gun control
The exchange lit up the US gun debate online, as Democrats generally call for more controls but only O'Rourke has gone so far as to back taking away the millions of assault rifles in private hands.

Gun owners say the Constitution's Second Amendment absolutely protects their right to possess firearms, but O'Rourke and others want to limit that right to certain categories.

Congress is expected to consider new controls in the wake of a series of mass shootings in the last two months, two of them in Texas, that stunned the nation.

Democrats want tougher background checks on all gun buyers, and is backed by the public, opinion polls show.

But Republicans and the White House and some Democrats in conservative states clearly fear the pressure of the powerful National Rifle Association, which opposes any regulation.

The NRA said after the debate that O'Rourke's policy would leave "law-abiding Americans defenseless."

He said the clip from the debate of O'Rourke calling for assault rifle confiscation, "will be played for years at Second Amendment rallies with organizations that try to scare people by saying Democrats are coming for your guns."

"The time for letting status quo politics determine how far we can go is over," he tweeted. "If we agree that having millions of weapons of war on the streets is a bad idea, we have to do something about it."