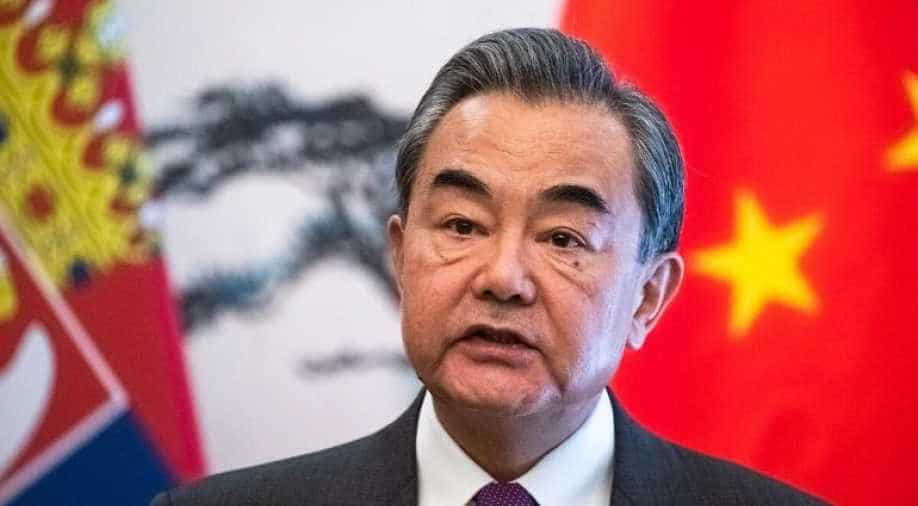 Wang stressed that communication channels are still open and China would like to resume all dialogue mechanisms with the United States.

China is willing to resume talks at all levels in all fields as long as the United States is ready, said Chinese State Counsellor and foreign minister Wang Yi when he addressed the China-US Think Tanks and Media Online Forum via videolink on Thursday.

In his address, he talked about problems with the current US strategy towards China, questioning its basis and accusing the U.S. of making up "China Threats".

Wang said "the current China policy of the US is based on ill-informed strategic miscalculation, and is fraught with emotions and whims and McCarthyist bigotry. Its suspicion about China, which is totally uncalled-for, has reached a point of paranoia.''

''It seems as if every Chinese investment is politically driven, every Chinese student is a spy, and every cooperation initiative is a scheme with a hidden agenda. If the US lacks confidence, openness and inclusiveness to such an extent, and chooses to conjure up 'China Threats' of various kinds, its paranoia may turn into self-fulfilling prophecies at the end of the day," he added.

Wang stressed that communication channels are still open and China would like to resume all dialogue mechanisms with the United States. He also made three proposals on bringing China-US relations back on track.

"First, to activate and open all the channels of dialogue," said Wang. He said only communication can dispel falsehoods and only dialogue can prevent miscalculation, reaffirming that China's door to dialogue remains open.

As long as the US is ready, China can resume and restart the dialogue mechanisms at all levels and in all areas, he said.

All issues can be put on the table, and all differences can be addressed properly through dialogue, said Wang.

"Second, to review and agree on the lists of interactions and third is to focus and cooperate on COVID-19 response," he added.

The foreign minister said that, given the inter-connectedness and complicated issues, it is useful for the two sides to sit down, run over them, and draw up the following three lists, that is, a list of cooperation areas, a list of dialogues and a list of issues that need proper management. He said that in the face of the virus, cooperation should be the first-order priority.

The United States should immediately stop its acts of politicization and stigmatization and work with China to promote a global response to save more lives and take up the international responsibilities as two major powers in the world.

Washington and Beijing have been at loggerheads over the handling of the coronavirus outbreak, China's actions in the former British colony of Hong Kong, a long-running trade dispute, and frictions over Taiwan and the South China Sea.

On Wednesday, US Secretary of State Mike Pompeo said the world should not permit China's "bullying" to take place, highlighting the country's territorial disputes with India, Vietnam, and Japan.

The forum was held to build mutual respect, trust and cooperation between China and the US with more than 30 top diplomats and experts from across the world participating in it online.