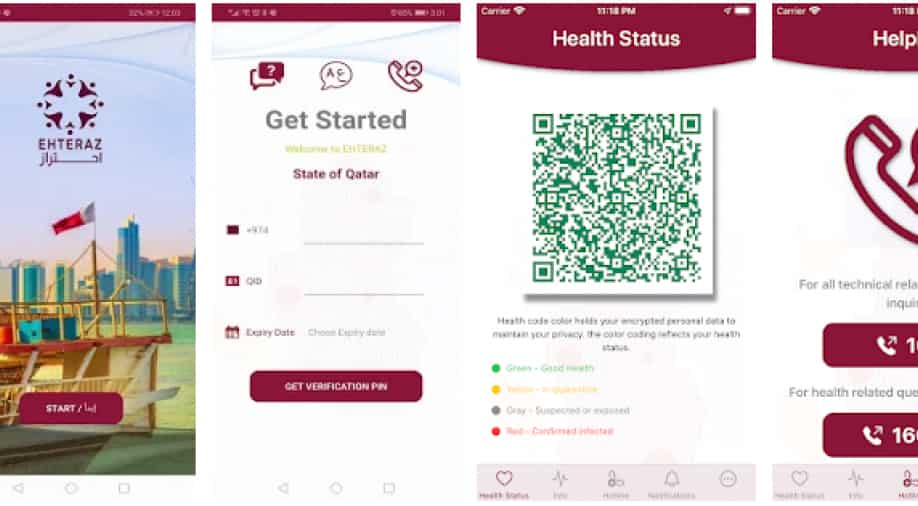 Privacy concerns over Qatar's coronavirus contact tracing app, a tool that is mandatory on pain of prison, have prompted a rare backlash and forced officials to offer reassurance and concessions.

Like other governments around the world, Qatar has turned to mobile phones to trace people's movements and track who they come into contact with, allowing officials to monitor coronavirus infections and alert people at risk of contagion.

The apps use Bluetooth radio signals to "ping" nearby devices, which can be contacted subsequently if a user they have been near developing symptoms or tests positive, but the resultant unprecedented access to users' location data has prompted fears about state surveillance.

"I can't understand why it needs all these permissions," wrote Ala'a on a Facebook group popular with Doha's large expat community -- one of several such forums peppered with concerns over the app.

Justin Martin, a journalism professor based in Qatar, warned authorities in a tweet not to "erode" trust by enforcing "an app with such alarming permissions".

The government launched the "Ehteraz" app, meaning "precaution", in April and on Friday it became mandatory for all citizens and legal residents to install it on their phones.

Non-compliance is punishable by up to three years in jail -- the same term as for failing to wear a mask in public -- in a state battling one of the world's highest per capita infection rates.

Security forces manned checkpoints across Qatar on Sunday to ensure the use of the app, local media reported, alongside checking for use of masks.

Criticism of the government is rare in Qatar and laws to prohibit disrespect towards officials.

However, officials have said that the law on the app will be enforced with "understanding".

The app's simple interface displays coloured bar-codes containing the user's ID number -- green for healthy, red for COVID-19 positive and yellow for quarantined cases. Grey indicates suspected cases or those who have come into contact with infected individuals.

"There will be an update for the Ehteraz app to address the issues of concern and further improve its efficiency," he added in an interview on state television on Thursday.

A new version of the software was duly released for Apple and Android on Sunday, promising "minor bug fixes", but without indicating that the invasive aspects had been removed.

The app was introduced just as authorities across the Muslim world warned that gatherings during Ramadan and the Eid al-Fitr festival that marks the end of the holy fasting month could lead to a surge of infections.

It "is highly invasive, with a range of permissions allowing the government access to things that are not needed for the purpose of contact tracing, permissions that are unnecessary and present a concerning invasion of privacy."

But also "many migrant workers in the country don't have compatible phones that would allow them to download the app and comply".

Online reviews have also complained that the app drains battery power and cannot be installed on older iPhone handsets.

"People are spending money and waiting in queues just to get burner phones to protect their privacy," wrote expat engineer Janko on one forum, referring to cheap handsets that could subsequently be disposed of.

There have been reports of a few users being wrongly classified as "quarantined" or "suspected cases".

"There's no need for photo access and other things. But it could be a good tool. It is a good way to prioritise whom to test," technology lawyer Rahul Matthan told AFP.

But "to work, they need a large number of people to use it. If people are dissuaded because of the app's overreach, then that would be a worry."