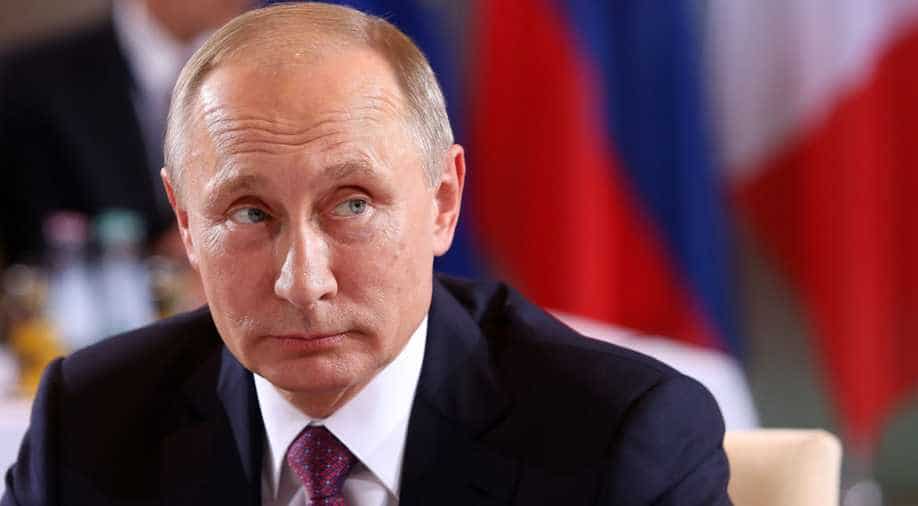 US intelligence officials have a 'high level of confidence' that Putin interfered in the elections. Photograph:( Getty )

Russian president Vladimir Putin was "personally involved" in interfering in the US presidential elections, NBC quoted senior US intelligence officials as saying.

The Russian president "personally directed" how hacked materials from Democrats were to be leaked and used, two senior intelligence officials with direct access to the information told NBC.

The intelligence came from diplomatic sources and spies working for US allies, the officials said.

The CIA believes Russians facilitated in leaking embarrassing emails about Democrats so as to undermine Hillary Clinton's chances of winning the elections, US media has reported previously.

The officials further said that US intelligence officials have a "high level of confidence" that Putin was personally involved in the covert campaign to interfere in the US elections. He did so because of his "vendetta" against Hillary Clinton, to show corruption in American politics and to "split off key American allies by creating the image that [other countries] couldn't depend on the US to be a credible global leader anymore," a highly placed intelligence official told NBC.

"He has had a vendetta against Hillary Clinton, that has been known for a long time because of what she said about his elections back in the parliamentary elections of 2011. He wants to discredit American democracy and make us weaker in terms of leading the liberal democratic order. And most certainly he likes President-elect Trump's views on Russia," Michael McFaul, who was ambassador to Russia from 2012 to 2014, told NBC.

Donald Trump, meanwhile, has rejected Russian involvement in the elections.

'Not going to let Satan win': Churches in US defy stay-at-home orders to hold services amid coronavirus pandemic