'Punish Russia or 'dissolve yourself altogether': Zelensky tells the UNSC 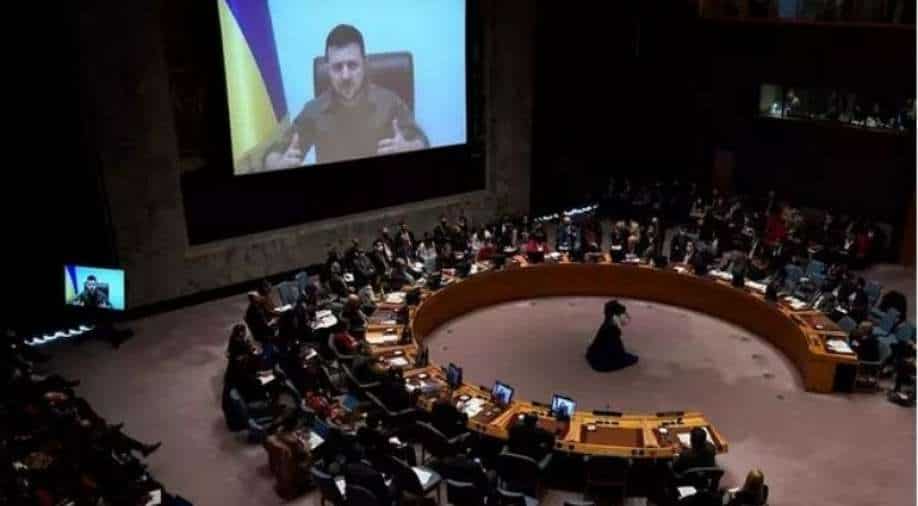 Zelenskyy told the UN Security Council that he sees two options for the group following the discovery of mass civilian killings in the Kyiv suburb of Bucha: punish Russia or dissolve itself.

In an address to the Security Council on Tuesday, Ukrainian President Volodymyr Zelensky railed against the UN's ineffectiveness in stopping Russia's ongoing conflict.

Following the finding of widespread civilian executions in the Kyiv district of Bucha, Zelensky warned the UN Security Council that the group had two options: Punish Russia or disband itself.

"As an aggressor and a cause of conflict," Zelensky urged the Security Council to remove Russia, which is a permanent member of the body, "so it cannot block decisions regarding its own aggression."

He also suggested that the UN's security council "dissolve" and reorganise completely.

"If there is no other option," Zelensky remarked, "the next option would be to disintegrate yourself completely."

After Russian forces retreated from the Kyiv region, hundreds of Ukrainian people were found dead in Bucha. Zelensky spoke before the council a few days later.

ALSO READ | Zelensky says Ukraine had 'no option but to negotiate' with Russia to end war. But will Putin hold talks?

Zelensky used his Tuesday speech to push for a global security system reform.

Russia, which invaded Ukraine in late February, has used its veto to prevent the UN from taking measures to stop and condemn Putin's aggression.