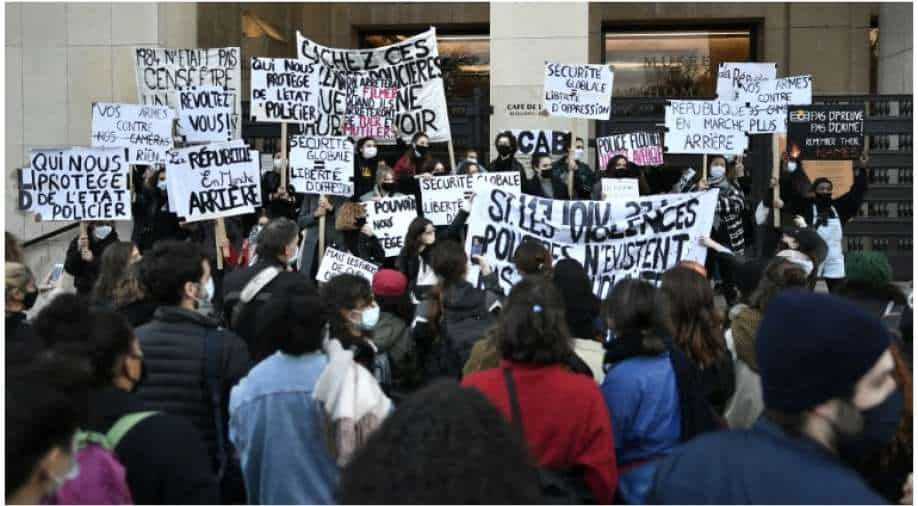 Thousands of people marched in French cities on Saturday to protest a draft law that limits filming of on-duty police officials.

The protesters say that the law will curb press freedom. The biggest gathering took place near Eiffel Tower in Paris. Police were deployed in large numbers. The protesters included media representatives, members of 'yellow vest' and 'extinction rebellion' movements. There were also individuals that waved flags of communist and green parties and trade unions.

French parliament approved an amended "comprehensive security" law last Friday that would criminalise publication of images of on duty police officers with the intent of harming their "physical or psychological integrity".

In practice, the law would restrict the publication of photos or videos taken of police officers' faces while in action.

In many cases an officer's face would have to be blurred.

Journalist unions said that the police may misuse the law to prevent them from doing their job. They further said that it will be harder for them to document excesses committed by members of the security forces.

An amendment clarifies that press freedom should in no way be hindered by the proposed measures.

French media are also concerned about potential rights abuse via the use of drones to watch demonstrations and facial recognition programmes linked to surveillance cameras.

French police have been taken to task in recent years for alleged brutality meted out to protesters and criminal suspects, especially those from black, Arab or other minorities.

In the northern city of Lille, around 1,000 demonstrators turned out, one of whom carried an English-language sign that said "Orwell was right" in a reference to the dystopian novel "1984".

Others marched in the Brittany city of Rennes and in Montpellier on the Mediterranean coast, where some chanted: "Put down your arms and we'll put down our telephones."

Article 24 of the draft law foresees a one-year prison term and a 45,000-euro ($54,000) fine for spreading images that show officers faces or allow them to be identified when such images harm their "physical or psychological integrity".

Social media campaigns that expose individual officers are targets of the proposed legislation.

Police say they risk great personal threat in the line of duty, and dozens have been injured in clashes with protesters in recent years.

An attack on a police station outside Paris last month by dozens of people armed with fireworks and steel bars spurred the government into taking measures.