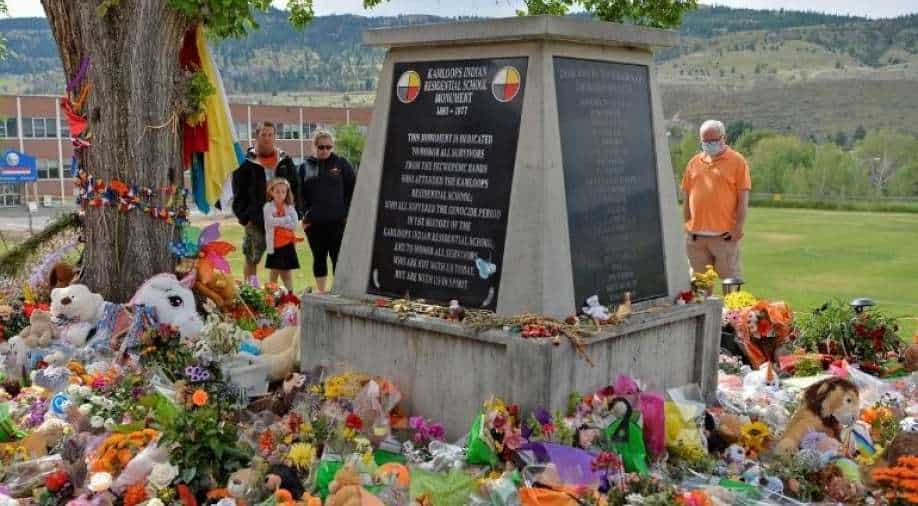 Hundreds of protesters in Canada's capital called on Saturday for a probe into a boarding school system for indigenous children, as outrage built after the discovery of hundreds of unmarked graves at several of the facilities.

Until the 1990s, some 150,000 indigenous, Inuit and Metis youths were forcibly enrolled in the schools, where students were physically and sexually abused by headmasters and teachers who stripped them of their culture and language.

"That means a special prosecutor and a fully-funded independent investigation, with international observers present, into Canada's crimes against Indigenous Peoples," she added, calling on Prime Minister Justin Trudeau and Justice Minister David Lametti "to stop making excuses" and launch a probe.

The demonstrators gathered on Parliament Hill in Ottawa after two lawmakers from the left-wing New Democratic Party (NDP) called for a protest.

The NDP called on Trudeau's government in early July to appoint a special prosecutor to lead an independent investigation into the country's painful history of residential schools for indigenous children.

"People have been shocked by the number of graves that have been found... These are not accidents, these are not tragedies they represent a policy that was about the destruction of a people," NDP lawmaker Charlie Angus told public broadcaster CBC.

Since late May, more than 1,000 unmarked graves were found near former residential schools -- discoveries that have outraged the country.

Thousands died at the schools, and many were subjected to physical and sexual abuse, according to an investigative commission that concluded the Canadian government engaged in "cultural genocide."

More than 4,000 died of disease and neglect in the schools, according to a commission of inquiry that concluded Canada had committed "cultural genocide